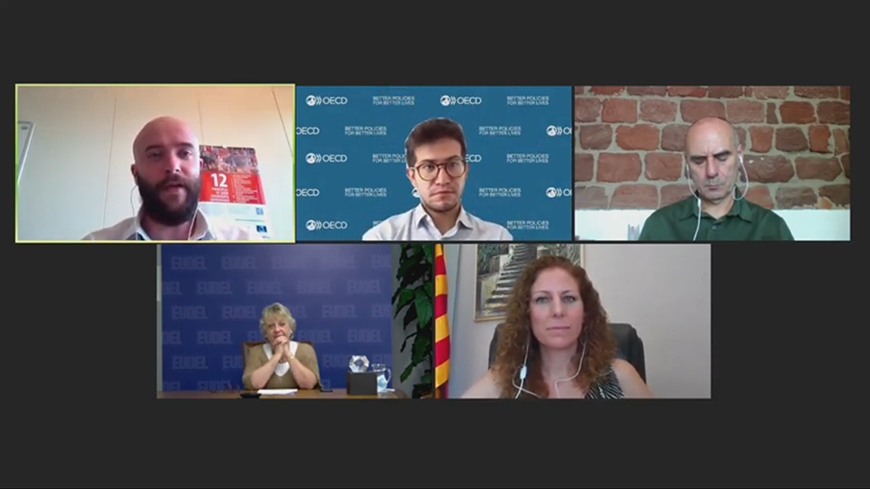 The Centre of Expertise for Good Governance of the Council of Europe is supporting different initiatives to promote good governance at a local level in Spain.

On 16 July, the Centre participated in the online seminar entitled “Tools for Good Governance of Local Authorities and Public Sector Innovation” organised by DIPLOCAT and the Open Government Secretariat of the Government of the Autonomous Community of Catalonia. The seminar was aimed at representatives of Catalan municipalities.

In her opening remarks, Ms Laura Foraster i Lloret, the Secretary General of DIPLOCAT, stressed the importance of citizens’ participation and involvement in the implementation of successful policies at local level. Ms Victoria Alsina, Councilor for Foreign Action and Open Government, emphasised that innovation in public administration is a necessity, especially given the similarities in global and local challenges.

Mr Cesare Colombo presented the 12 Principles of Good Democratic Governance of the Council of Europe and the tools developed by the Centre of Expertise to strengthen good governance at local level, in particular the European Label of Governance Excellence (ELoGE). In addition, Ms Mar Zabala, Director General of the Association of Basque Municipalities (EUDEL), described the implementation of ELoGE in the Basque Country. So far, EUDEL, with the support of the Centre of Expertise, has awarded ELoGE to 8 different municipalities in the region, some of them multiple times. The fourth round of ELoGE was launched on 13 July.

Other seminar participants included Mauricio Mejía from the OECD, Àstrid Desset, Vice President of the Catalan Association of Municipalities, and Pere Gutiérrez, from the municipality of Viladecans.

Video recording of the event