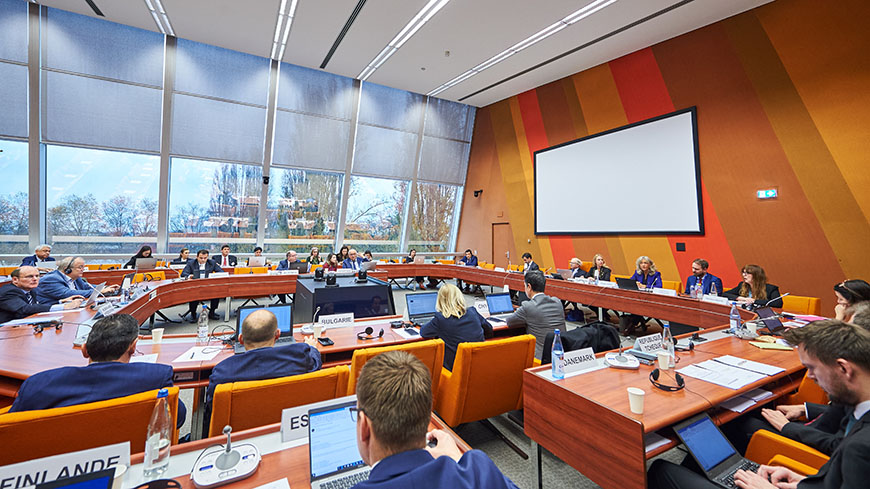 The European Committee on Democracy and Governance (CDDG) held its 16th plenary meeting on 28-29 November 2022 in Strasbourg.

Exchanges of views with Ambassador Svetlana GELEVA (Chair of the Committee of Ministers’ Rapporteur Group on Democracy) and with Mr Thorvardur THORSSON, Deputy Permanent Representative of Iceland gave an opportunity to discuss the recent report of the High-Level Reflection Group, the preparation of the Fourth Summit of Heads of State and Government and current political priorities.

International IDEA’s report on the Global State of Democracy 2022, presented by Mr Sam VAN DER STAAK, Head of Europe Programme, provided further information about the backsliding of democracy and the need to unite efforts to address it.

Mr Viacheslav NEHODA, Deputy Minister for Communities and Territorial Development of Ukraine, updated the Committee about the situation and work of local authorities in the context of war and Ukraine’s Recovery Roadmap. Ms Slavica GRKOVSKA, Deputy President of Government in charge of good governance policies of North Macedonia, referred to current priorities such as the need to increase accountability and transparency in public decision-making, and the quality of public services. Mr Vache TERTERYAN, Deputy Minister of Territorial Administration and Infrastructure, shared updates on the territorial reforms in Armenia, and welcomed the Centre of Expertise for Good Governance support in preparing a new roadmap for decentralisation. Ms Mzia GIORGOBANI, Deputy Minister of Regional Development and Infrastructure of Georgia updated the Committee about ongoing reforms regarding decentralisation and the quality of public services in remote areas. Ms Hon. Alison ZERAFA CIVELLI, Parliamentary Secretary responsible for Local Government, briefed participants about reforms regarding elections, the strengthening of local governance and the greening of local authorities in Malta.

As for texts debated, the CDDG finalized a draft recommendation of the Committee of Ministers on principles of good democratic governance, which could become an important set of benchmarks for future public sector reforms and Council of Europe work. It also adopted a report on deliberative democracy, a subject receiving increasing attention from member States concerned with public distrust in democratic institutions and low voter turnouts; a recommendation of the Committee of Ministers on this subject, currently undergoing public consultation, will be finalised in early 2023. The CDDG also adopted its workplan for 2023.