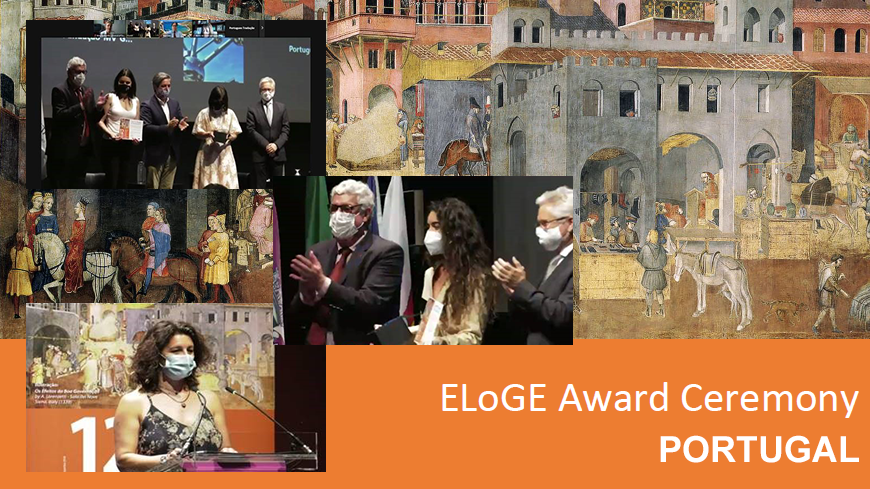 “Good quality governance is a foundation of democracy” acknowledged the Deputy Mayor of Loulé (Portugal) in receiving the European Label of Governance Excellence (ELoGE), symbolised by a crystal dodecahedron at the first ELoGE award ceremony in Portugal.

Vitor Aleixo, Mayor of Loulé, Francisco Correia, President of ATAM, Paul Gatt, President of UDITE, and Luís Leite Ramos, Member of the Portugese Parliament and of the Parliamentary Assembly of the Council of Europe, opened the Ceremony and congratulated the local authorities.

A broad cross-section of Portuguese municipalities from North and South, coastal plains and mountain valleys, urban and rural areas have been invited to participate in a series of workshops and awareness-raising activities related to ELoGE and the 12 Principles of Good Democratic Governance. The overwhelmingly positive feedback from all participants attested to the interest in and value of ensuring a sustainable and annual implementation of the ELoGE Benchmark in Portugal.

Gina Coehlo of ATAM explained that the ELoGE approach, measuring local governance against adherence to the 12 Principles, is a model citizens and local officials can believe in. Although all the municipalities present were due to receive the award, several recognised that the journey to ELoGE was more important than the award, as it forced local officials, citizens, and their elected representatives to question their governance practice.

The Council of Europe’s Twelve Principles of Good Democratic Governance include fundamental values defining a common vision of democratic governance in Europe. The European Label of Governance Excellence (ELoGE) is awarded to local authorities who demonstrate their respect for the 12 Principles, as measured against the relevant benchmarks.