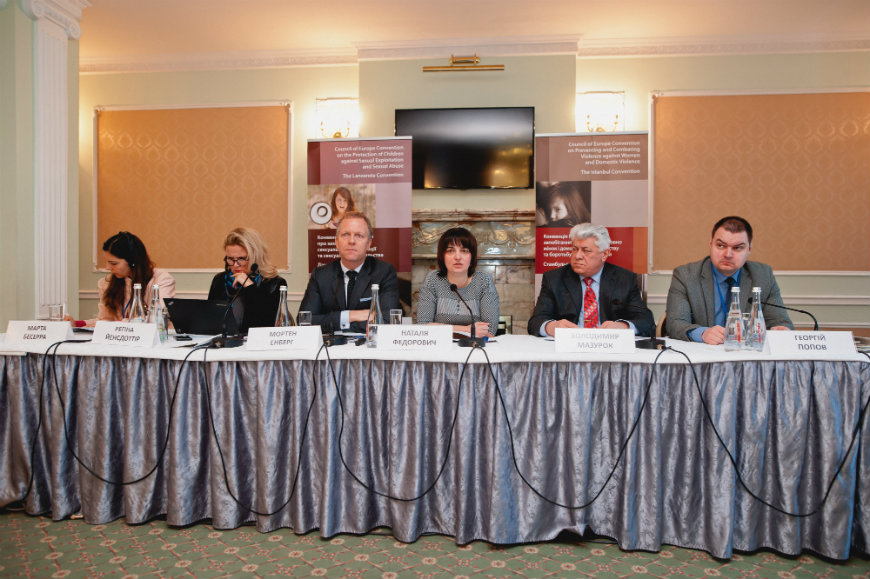 The HELP tutors trained under the Council of Europe project on “fighting violence against women and children in Ukraine” in September 2017 and more than 30 new trainees of the on-line training attended the kick-off meeting and received their HELP certificates in an award ceremony at the end of the event.

The Ukrainian is the second launch of the Violence against Women/Domestic Violence course, after a first launch in Armenia in December 2017.

The participants of the HELP course on Violence against Women and Domestic violence could benefit from a panel discussion on key legal developments in the area, in particular the newly adopted Ukrainian law on preventing and combating domestic violence. Panellists included Ms Aksana Filipishyna, Commissioner Representative for Observance of the Rights of the Child, Non-Discrimination and Gender Equality, Ukrainian Parliament Commissioner for Human Rights, Ms Nadiya Stephaniv, judge of the Supreme Court of Ukraine on violence against women, Ms Maryna Lehenka, prosecutor on violence against women and domestic violence, Head of Unit on Legal Expertise of Law Department of the General prosecutor Office of Ukraine and Ms Larysa Denysenko, human rights defender, lawyer, member of the Interdepartmental Coordination Council on Juvenile Justice.

The event continued with specific working groups during which the participants could interact with their future tutors for the practical arrangements to be made for the implementation of the two courses.

The English version of the HELP course on Violence against Women and Domestic Violence can be accessed here.