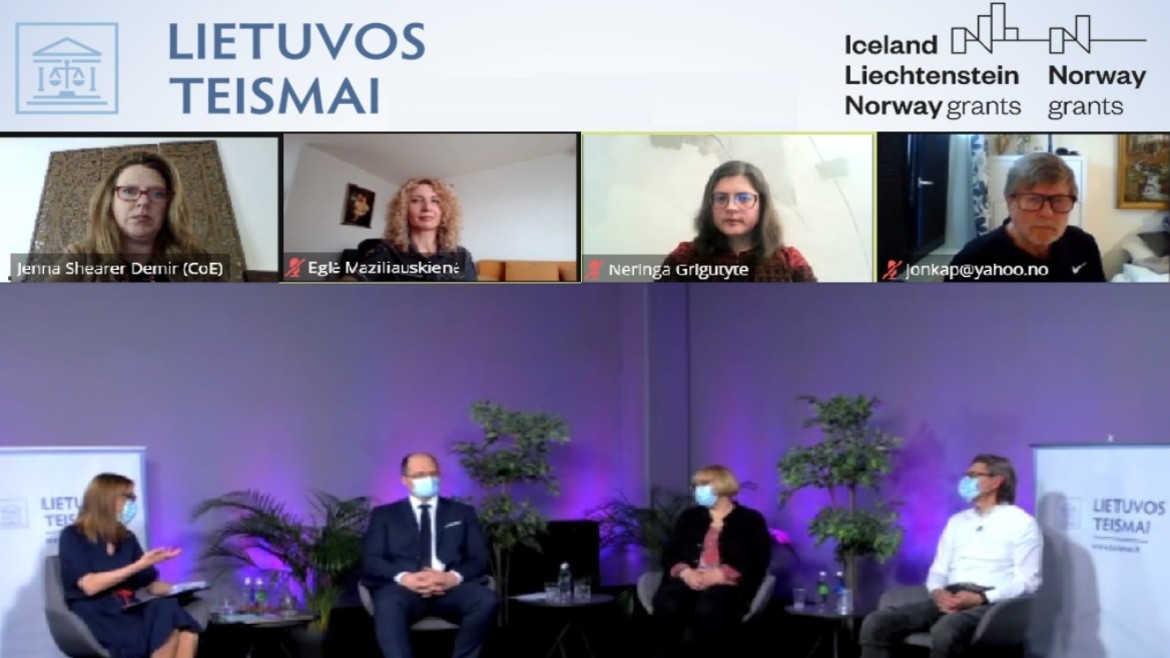 In honour of International Children’s Day, the Council of Europe presented the topic, "The Istanbul Convention: also protecting children from violence", at the international roundtable in Lithuania, "How to Protect a Child: on preventing domestic violence against children" on 1 June 2021.

The international roundtable was held under the EEA/Norway Grants Lithuania Justice and Home Affairs programme, and was hosted by the National Courts Administration of Lithuania. The roundtable featured addresses by Lithuanian Judicial Council, the National Courts Administration, the Lithuanian Criminal Police Bureau and Prosecutor General's Office, as well as the Council of the Baltic Sea States, the Norwegian Frostating Court of Appeal and the Royal Norwegian Embassy in Lithuania, among other compelling presentations.

Jenna Shearer Demir from the Council of Europe's Gender Equality Division noted that the Istanbul Convention considers the need to protect children who have been the subject of direct physical, sexual or psychological violence as well as those who have witnessed domestic violence. The mid-term horizontal review of reports by the Council of Europe Group of Experts on Action against Violence against Women and Domestic Violence (GREVIO) presents a number of findings on children and domestic violence, including:

A video of the roundtable can be accessed here.

The Council of Europe cooperates on issues of violence against women and domestic violence with EEA/Norway Grants in the Lithuania Justice and Home Affairs programme as an International Partner Organisation, and is the main international partner in the SYNERGY Network.