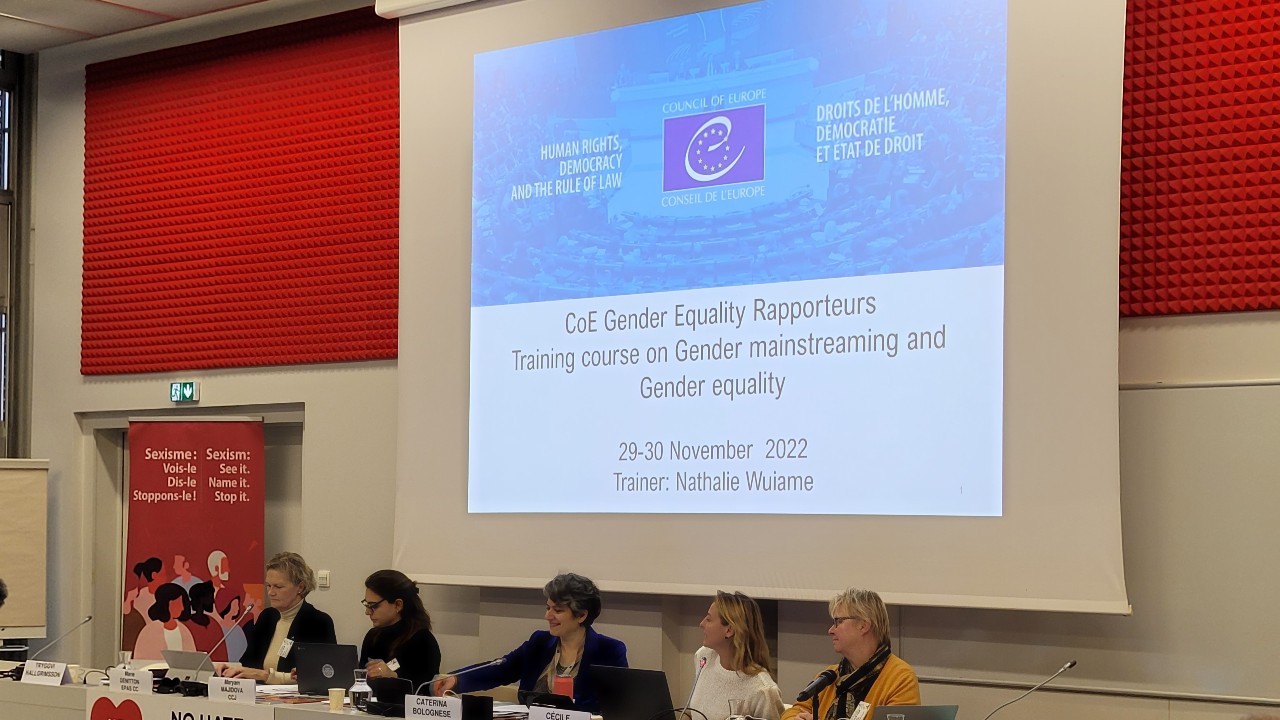 16 GERs participated- most of them for the first time- in the training, representing diverse sectors including youth, sports, culture, anti-discrimination, Roma and Travellers, national minorities, action against trafficking, prevention of torture, violence against women and pharmaceutical care. The training aimed for GERs to acquire theoretical knowledge on gender equality-related concepts and standards and get practical insights on issues such as gender analysis, gender-sensitive communication or how to deal with resistance to gender equality.

Gender Equality Rapporteurs (GERs) are an important part of the Council of Europe institutional setting to promote gender equality and gender mainstreaming since 2012. As of 2022, more than 50 GERs have been nominated in the different steering committees and monitoring bodies of the Organisation. GERs play a crucial role in being “ambassadors” for gender mainstreaming and gender equality issues in their respective sectors. Thanks to this institutional framework and commitment, the work undertaken on gender mainstreaming at the Council of Europe has had very interesting and pioneering results in many areas. More information about GERs and access to training material here.