Providing legal aid for women in Turkey: signing of a grant agreement with the Union of Turkish Bar Associations 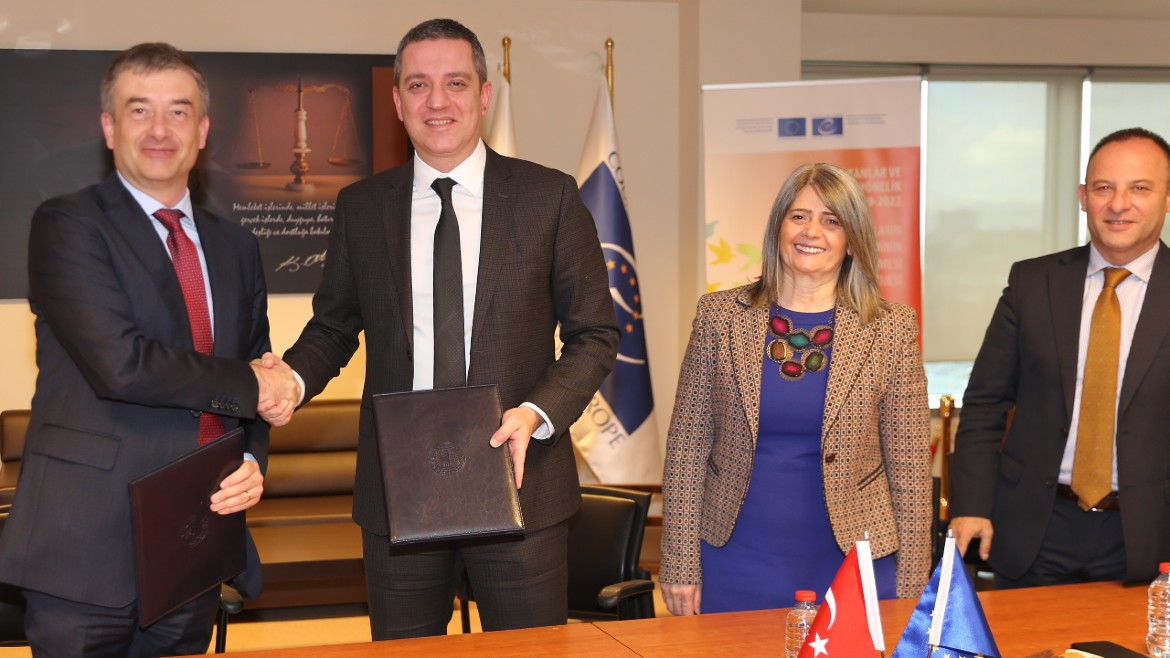 A grant agreement that will strengthen access to legal aid for women in Turkey was signed between the Council of Europe and the Union of Turkish Bar Associations (UTBA). The ceremony was held on 8 March 2022 to mark the celebration of the International Women’s Day.

Signed within the framework of the European Union and Council of Europe joint action “Fostering women’s access to justice in Turkey”, this grant will be implemented by the UTBA in co-operation with local bar associations to provide legal aid services for women. It specifically aims to support women from disadvantaged groups facing additional barriers to reach legal aid and justice in Turkey, including women victims of violence and those from vulnerable groups in the selected pilot provinces, namely Ordu, Nevşehir, Diyarbakir, and Muğla.

The Head of the Council of Europe Programme Office in Ankara, Cristian Urse, highlighted that “This grant aims to extend legal aid and legal assistance to those women who are subject to violence or other forms of discrimination. It is important, together with the Turkish Union of Bar Associations, to look into the legal dimension of public policies and practices to foster an environment in which women’s rights would be better protected.”

Through the grant, it is expected that legal aid and assistance will be provided to women in at least 360 cases. Capacity and skills  of legal aid lawyers will also strengthened through specific activities including tutored online training courses on “Access to justice for women” under the Council of Europe’s Human Rights Education for Legal Professionals (HELP), to increase their awareness on international and national legal framework and existing barriers to women’s access to justice, including gender stereotypes and gender-based discrimination. Furthermore, legal aid lawyers will acquire knowledge of gender-responsive approaches and practices to prevent secondary victimisation in order to support women to exercise their rights and access to legal remedies.

The grant is provided as part of the Action entitled “Fostering women’s access to justice in Turkey”, implemented under the European Union and Council of Europe’s joint programme “Horizontal Facility for the Western Balkans and Turkey 2019-2022”.