Manual for Georgian investigators, prosecutors and judges on cases of sexual violence crimes 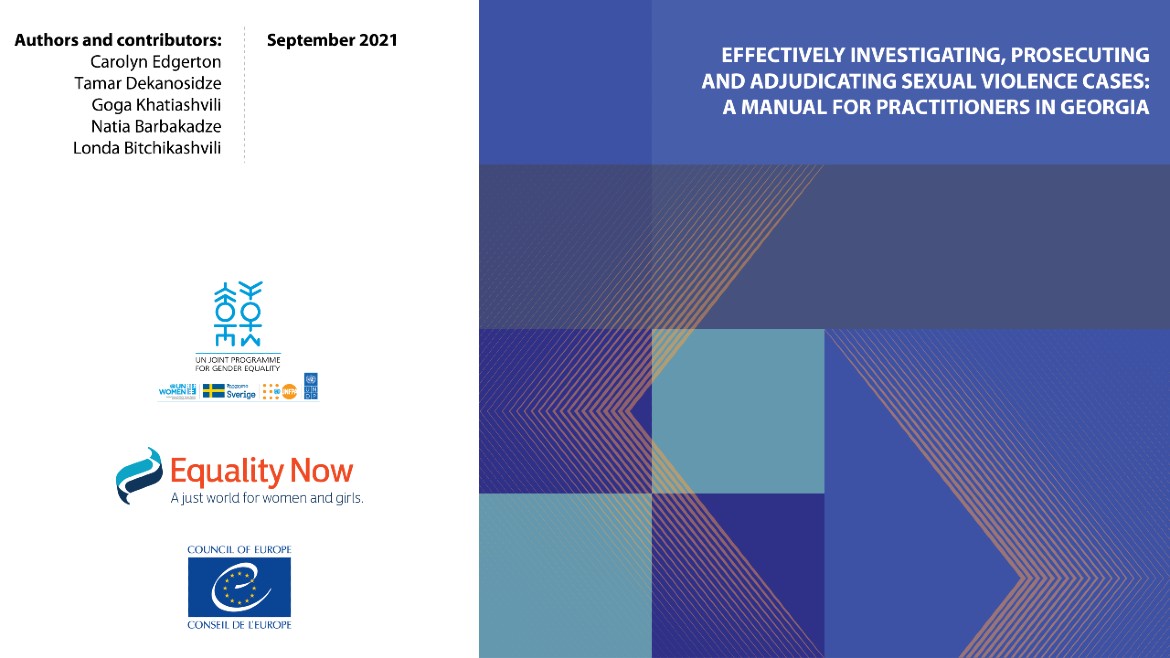 Presented online on 22 September 2021, the manual was developed with the support of the Council of Europe's Georgia Office, UN Women and the international organization Equality Now, as well as the Prosecutor Office, Ministry of Internal Affairs, international and local experts, including representatives from Georgian courts.

“The fight against sexual crimes is very important for us, so we will spare no effort to have a qualified, victim-oriented state prosecution that meets international standards. This manual will be an important tool for everyone who works on this topic,” said Deputy Prosecutor General of Georgia, Natia Merebashvili.

The guide combines the best techniques and methodologies for investigation, prosecution and adjudication on rape and other forms of sexual violence. Up until now, there was no educational tool tailored to the Georgian context and aimed at improving access to justice in cases of sexual violence. Carolyn Edgerton, one of the authors of the manual, qualifies it as a “capacity-building milestone”.

Deputy Minister Darakhvelidze noted: “This is a very important document that will help investigators to accurately and correctly handle the investigation process, to have the right communication with the victim and witnesses and to choose the right investigation strategy so that no such crime goes unanswered. The public should have high trust in law enforcement.”

Training modules have been developed based on the manual. To this day, more than 240 professionals, prosecutors, police trainers and police officers have been trained. By the end of 2021 this training is expected to be delivered to over 370 criminal police officers and prosecutors, building their capacities in handling sexual violence cases.

The activity was organised in the framework of the Council of Europe Project “Promoting an Integrated Approach to End Violence against Women and Enhancing Gender Equality in Georgia", as well as the UN Joint Programme for Gender Equality, funded by the Government of Sweden and was supported by Equality Now.