CDMSI - Word from the Chair 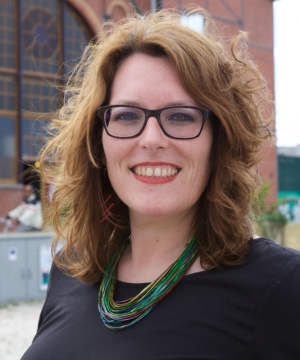 Word from the Chair - Inge Welbergen

Under the authority of the Committee of Ministers, the CDMSI steers the Council of Europe’s work in the fields of freedom of expression, media, internet governance and other information society related issues. It also oversees the work on personal data protection, advises the Committee of Ministers on all questions within its area of expertise and facilitates and promotes co-operation among Council of Europe member states by developing common policies and reviewing their implementation.

Freedom of expression (as enshrined in Article 10 of the European Convention on Human Rights) is a multi-faceted right that unfolds into freedom to hold opinions, to receive and impart information and ideas, without interference by public authorities and regardless of frontiers. As an integral part, it embraces media freedom, including independence, pluralism and diversity of media, safety of journalists and other media actors. Online and offline, all these constituent elements of freedom of expression are equally protected by the Convention.

As consistently reiterated in the case-law of the European court of Human Rights, freedom of expression is one of the basic conditions for the progress of democratic societies and for the development of each individual. This is especially true in today’s age where reliance on digital technology is strong in all areas of life.

Internet access and a growing range of online services and tools greatly facilitate the exercise of freedom of expression and other fundamental rights. They allow individuals to become actively involved in democratic discourse and participatory democratic processes and, among other important benefits, increase access to information, knowledge, culture and education.

At the same time, digitisation comes with new challenges for political processes, public trust and democracy. The advent of social media platforms has deeply impacted the media ecosystem. Besides the innumerable opportunities for finding and sharing information, democratic societies are also confronted with the spread of disinformation and online hate, as well as a significant decline in confidence in media, professional journalism and, ultimately, in democratic institutions. Large-scale personal data processing (including profiling and targeting of internet users), which is a common practice for social media platforms and online services, presents new threats to freedom of expression and privacy, but also to human dignity and respect for vulnerable groups.

These impacts further extend to professional journalism, both in the online and offline domains. Because of their public watchdog role, journalists and other media actors are exposed to different forms of abuse and violence, from threats and harassment to killings. Any such interference must be regarded as an attack on democracy as such, and the overall trend of dropping safety of journalists must be addressed urgently as a matter of priority.

The CDMSI work in 2020-2021 biennium - as well as that of its subordinate expert committees: MSI-REF[1], MSI-DIG[2] and ADI/MSI-DIS[3] - will focus on the above concerns with a view to give guidance to both state- and non-state actors in both exploiting the opportunities presented by digital technologies and in protecting freedom of expression in all its forms and manifestations. It is a great honour, as the new Chair, to lead this Committee’s important work and contribute to it.

[1] Committee of Experts on Media Environment and Reform (MSI-REF)

CV of the Chair - Inge Welbergen