Which candidates do Ukrainian media favour: results of media monitoring 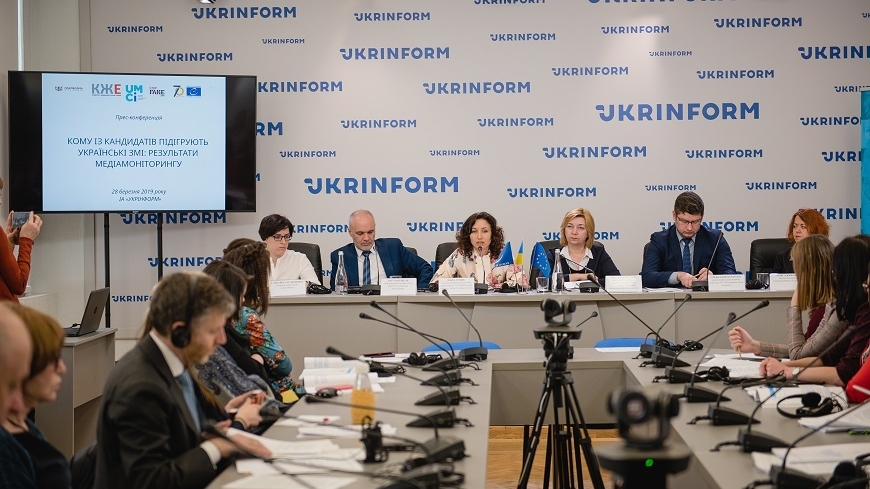 On Thursday, 28 March, a press conference was held at 11:00 at Information Agency “UKINFORM” by a coalition of CSOs consisting of "The Commission on Journalism Ethics", "Human Rights Platform", "Ukrainian Media and Communications Institute" and "StopFake" on second interim results of the independent monitoring of media coverage of the presidential campaign in Ukraine during the period of 04 February – 17 March 2019.

Monitoring is held with the support of the Council of Europe Projects “Supporting the transparency, inclusiveness and integrity of electoral practice in Ukraine” and “Strengthening freedom of media, access to information and reinforcing the public broadcasting system in Ukraine", which are implemented within the framework of the Council of Europe Action Plan for Ukraine 2018-2021. The data for the media monitoring was collected by 15 independent specialists that worked full-time minimum 5 days per week.

The results of the monitoring show that in the run up to the elections, the media covered the election campaign intensively, providing voters with a lot of information on candidates and their activities. However, voters could form an objective view of the campaign only if they followed several media outlets.  Despite the diverse media environment, most outlets are divided along political lines and remain under strong influence from their owners. For election coverage, this meant that a number of media outlets were under influence from candidates and political parties.