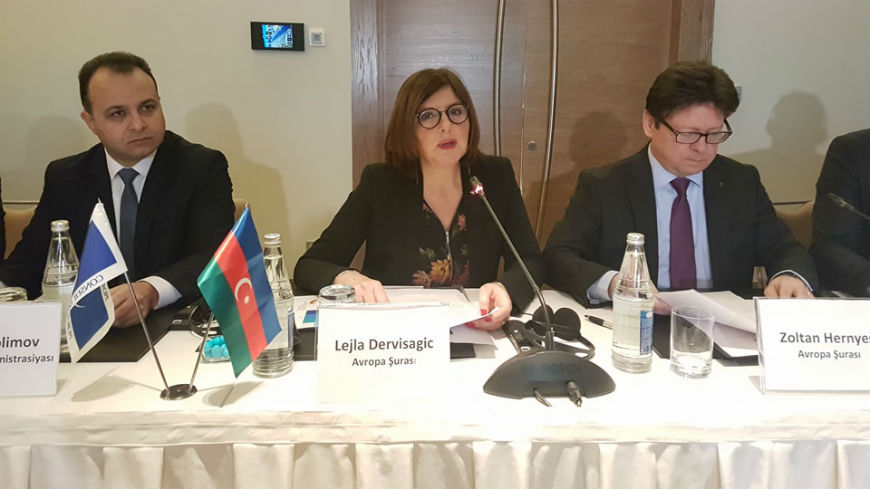 The round table was split to two thematic sessions and concluded by a separate questions and answers session. The first session was devoted to the Council of Europe standards on gender equality and media. Ms Lejla Dervisagic made a presentation on the topic  and mentioned that despite some progress of gender equality in Europe, the participation of women in media process is still alarming. Ms Dervisagic also highlighted the most recent study (from December 2017) on media coverage of elections with a specific focus on gender equality.

Local law and media experts raised the main issues of concern existing in the country on gender equality and media in the second session and made their proposals on how to improve the situation.

About 35 representatives of state authorities (Presidential Administration, Ombudsman Office, Ministry of Foreign Affairs, State Committee on Family, Women and Children Affairs), academia, members of the Press Council, media professionals, civil society as well as representatives of international organisations and embassies participated in the round table and took an active participation in discussions.

Media coverage of the round table in Azerbaijani media: