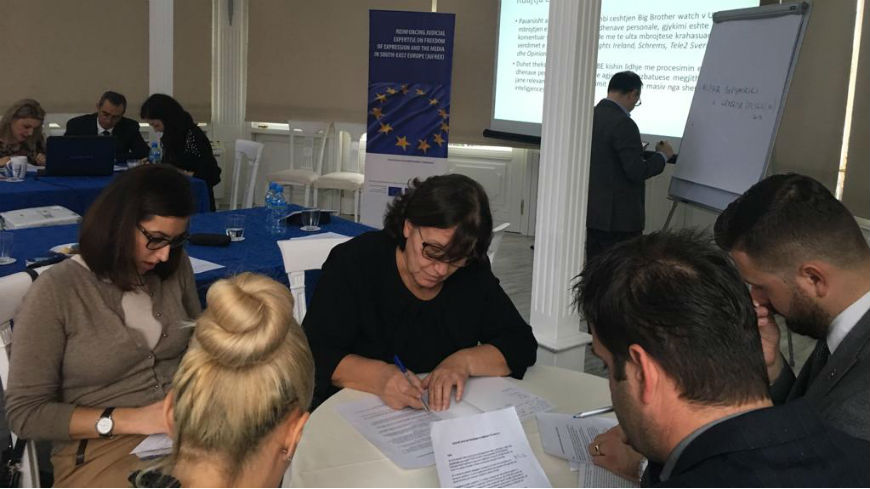 The Bar Association of Albania organized a training for its members on data privacy in the context of freedom of the media. National jurisprudence as the European Court’s of Human Rights (ECtHR) cases were used to explain national legislation and the standards set by the Court. A small moot court was organized around a case from the Strasbourg Human Rights Court where the participants represented the parties of the case. This part of the training was the most appreciated by the participants and ensured for a lively discussion of both Albanian legislation and the Court’s standards.

An inspector of the Albanian Office of Information and Data Protection Commissioner was invited as a special guest to present the role of the Commissioner for data protection in relation to media and the resources and services they offer for the lawyers.

The training activity is supported by the European Union/Council of Europe joint project "Strengthening Judicial Expertise on Freedom of Expression and Media in South East Europe (JUFREX)".