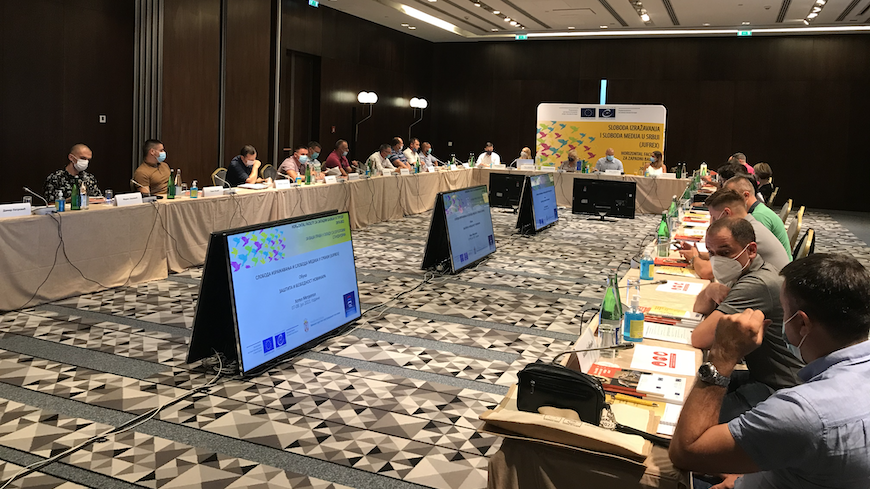 A training for police officers on “Protection and safety of journalists” was organised under the joint European Union/Council of Europe action “Freedom of expression and freedom of the media in Serbia (JUFREX 2)”, with the aim to contribute to improvement in protection of media actors and creation of favourable environment for freedom of expression. The participants in this training were police officers from different regions in Serbia, appointed as contacts for  the protection and safety of journalists. Topics discussed included understanding risks to journalists and measures to avoid and alleviate them, problems encountered by journalists in practice, threats and attacks against journalists - including on the Internet and social networks and gender-specific violence. The event was organised in co-operation with the Judicial Academy and Ministry of Interior of Republic of Serbia.