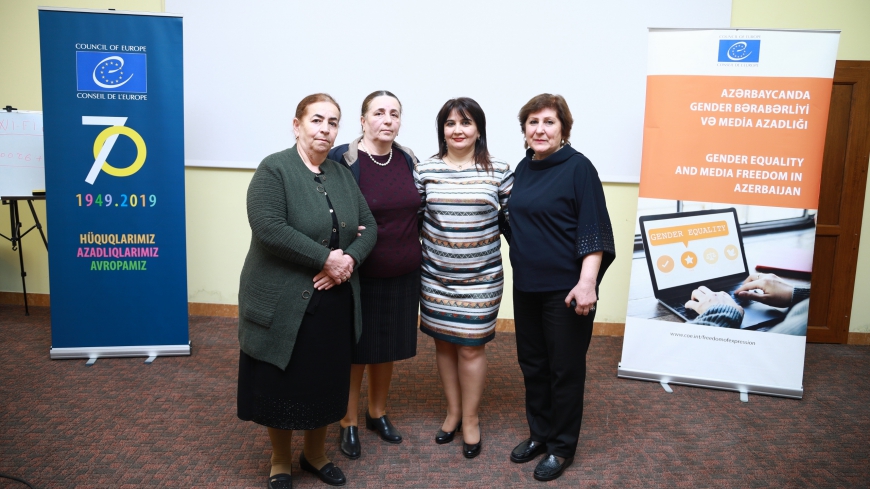 Two information sessions on “Gender equality and media” were organized on 25-26 April 2019 in Shaki by the Council of Europe under its project "Gender Equality and Media Freedom in Azerbaijan". The main aim of the information sessions was to present the Code of professional ethics for Azerbaijani journalists, recently revised from a gender equality perspective, to promote the new rules among journalists from the regions, to raise awareness on the Council of Europe standards on gender equality and media freedom and to give the floor to open discussions.

The information sessions were organized in close cooperation with the Ombudsman Office and the Press Council. Two information sessions brought together over 40 journalists and representatives of civil society from Shaki and nearby regions - Gakh, Balaken, Zagatala, Gabala and Oguz. The participants took an active part in discussions on the role of media in strengthening gender equality standards and combating gender stereotypes and the main challenges faced by the media in the regions.