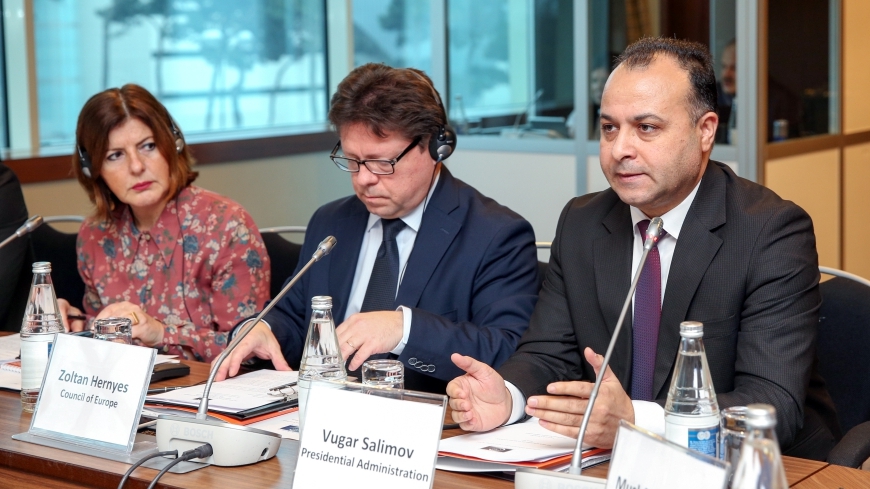 The Council of Europe Project “Gender equality and media freedom in Azerbaijan” organised its next round table on “Gender equality and media” on 5 December 2018 in Baku. The first aim of the event was to present the newly printed Code of Professional Ethics for Azerbaijani Journalists revised from a gender equality perspective within the Project to the national stakeholders as well as international organisations and embassies. It was emphasized that it is first time in the Council of Europe member states that Code of Ethics for journalists introduces such a comprehensive and detailed provision on protection of the principle of gender equality and non-discrimination.

The Project also presented the draft curriculum on “Gender equality and media freedom” in the round table and opened the floor for its discussion. The curriculum intends to introduce a new course for Journalism faculties at master’s level with the aim to address gender equality and women issues and the media. The expected results of the course entail getting students familiar with the concept of gender equality, its historical development path in Azerbaijan, the international community’s approach to the issue and with legal regulation of media content according to national and international (European) standards.

Media coverage of the event in Azerbaijani media: