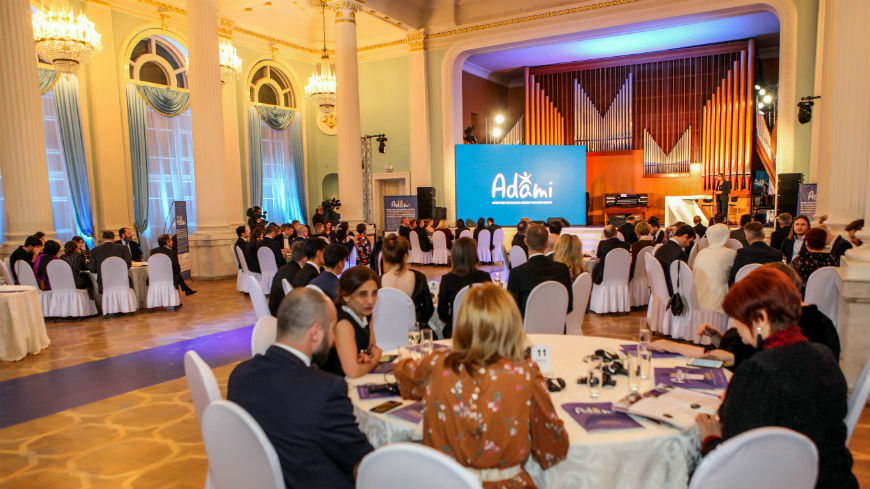 The documentary "Soroca’s Great Theatre" won the prestigious ADAMI Media Prize for Cultural Diversity in Eastern Europe in the category "Information (Non-fiction)". The film directed by young filmmaker Eugeniu Popovici was produced with the assistance of the EU-CoE Joint Project "Promoting media freedom and pluralism in the Republic of Moldova".

The documentary shows the life of ordinary Roma people from Soroca town in the north of Moldova. "Devoid of the trapping of modern stereotypes about Roma people, this beautiful film shows an ordinary family with big dreams and hope for a better future", the member of the jury Nino Nakashidze said.

Another documentary produced with the support of the EU-CoE Joint Project "Promoting media freedom and pluralism in the Republic of Moldova" was nominated in the same category. "Family Ties", a film by Lucia Taun, tells the story of a young man from a mixed family who was raised by his grandparents in a country in transition.

The ADAMI Media Prize encourages filmmakers, journalists and audio-visual media professionals in the EU Eastern Partnership countries to promote topics of migration, tolerance and cultural diversity. This year the gala awards ceremony was held under the auspices of the Secretary General of the Council of Europe Thorbjørn Jagland.

The documentary films "Soroca’s Great Theatre" and "Family Ties" were produced by Telefilm-Chisinau department of the public service broadcaster Teleradio-Moldova following a series of training seminars on planning and producing TV documentaries organised by the EU-CoE Joint Project. Gala premieres of these movies were held in September 2018 in Chisinau, Soroca and Donduseni.

In 2017 and 2018 the Council of Europe and the European Union provided crucial support in setting up the Telefilm-Chisinau department as a centre of journalistic excellence aimed at enhancing the quality of the public broadcaster’s video productions and promoting content diversification. The Council of Europe assistance enabled journalists to produce high-quality video content, in particular documentary films.

Trailer of the Film