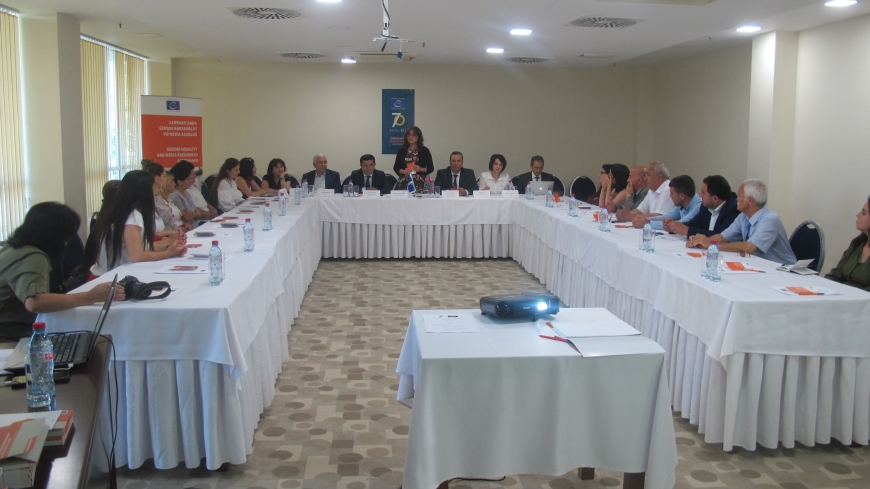 The training sessions were organized in close cooperation with the Ombudsman Office and the Press Council. Over 40 journalists and representatives of civil society from the Aran region - Agdash, Bilasuvar, Beylagan, Mingachevir, Goychay, Ujar, Yevlakh and Barda were brought together in Mingachevir for the training sessions. The participants took an active part in discussions on the role of media in strengthening gender equality standards and combating gender stereotypes and the main challenges faced by the media in the regions.