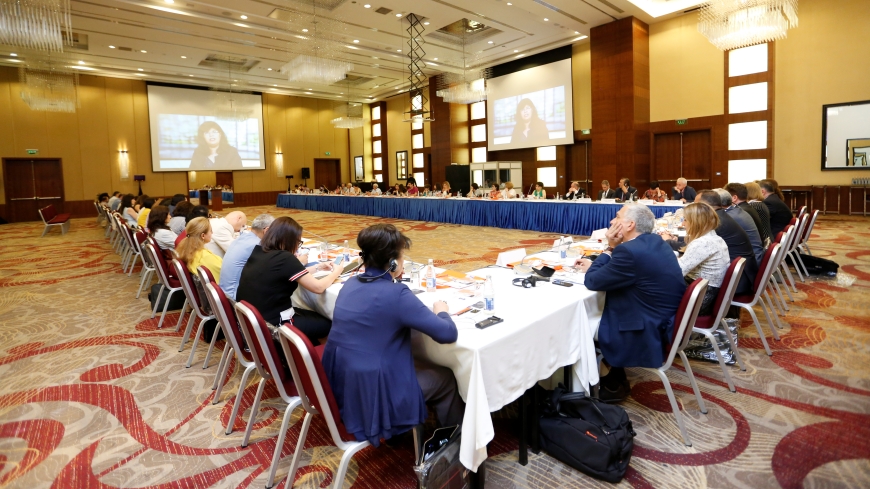 The Council of Europe organised a closing conference / round table on “Gender equality and media” to present the results of its project “Gender equality and media freedom in Azerbaijan” to the national stakeholders on 18 June 2019 in Baku. Ambassador Zoltan Hernyes, Head of the Council of Europe Office in Baku, Artemiza-Tatiana Chisca, Head of Information and Media Department, Sadagat Gahramanova, Deputy Head of the State Committee for Family, Women and Children Affairs, Aflatun Amashov, Member of Milli Majlis and Head of Azerbaijan Press Council, Vugar Salimov, Presidential Administration, Aydin Safikhanli, Head of the Ombudsman Office and Jeyhun Garajayev, Judge of the Constitutional Court addressed the opening session of the closing conference and highlighted the importance of achievements under the Project.

An introductory film dedicated to the results of the Project was demonstrated. Main achievements of the Project - the Code of Professional Ethics for Azerbaijani journalists revised from a gender equality perspective, the curriculum on a new course on “Gender equality and media freedom” for Journalism faculties and the Guide on “Gender equality and the media” for news producers in Azerbaijan were presented to the national stakeholders. More than 80 representatives of the state authorities, higher education institutions, diplomatic corps, media and civil society as well as international and local experts participated in the closing conference / round table and discussed the future steps.