EYF visits to projects in November 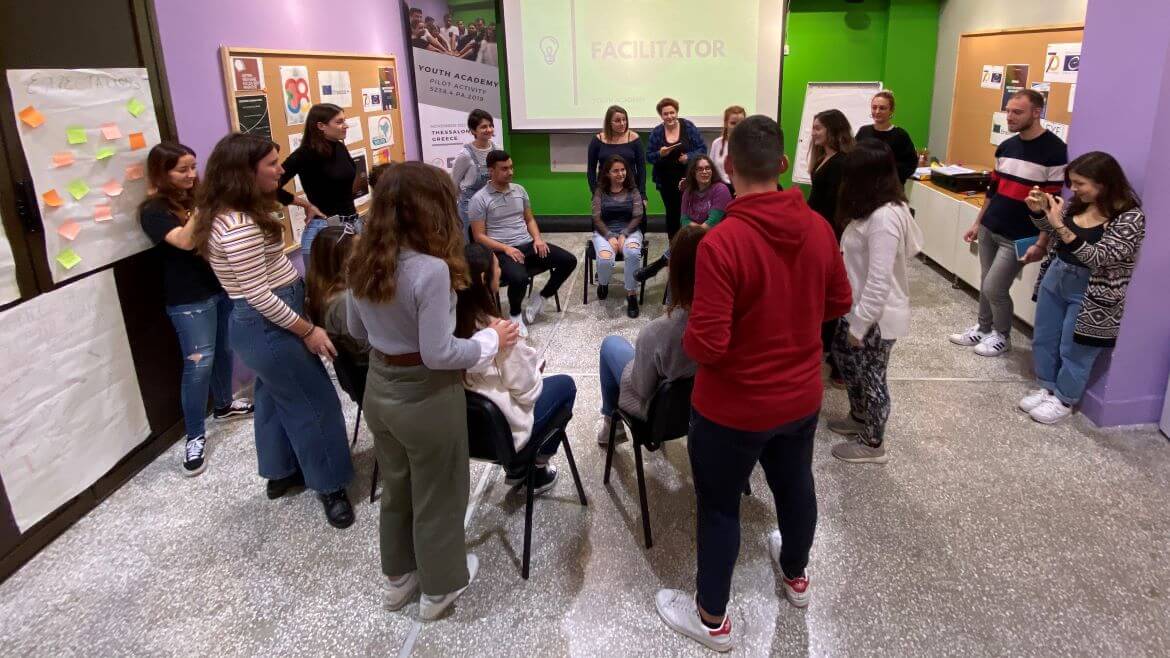 On 15 and 16 November the EYF visited “Youth Academy”, a Pilot Activity organised by United Societies of Balkans (USB) in Thessaloniki, Greece. This activity was the fourth in a series of six bootcamps and focussed on participants’ role as Youth Educators. The series of bootcamps is aimed at equipping participants with skills and knowledge required to facilitate and implement educational activities in their communities. During the working weekend, participants started designing their own youth events, to be implemented in Thessaloniki later in the year.

On 20 and 21, an EYF-supported International Activity took place in Rome, organised by Service Civil International (SCI) as part of Gendered Realities, an annual work plan promoting gender inclusion within the organisation and overall in society. The activity was a training on communication and campaigning and used different non-formal education methods to build capacity and empower participants to plan and implement their own campaigns on gender related issues.