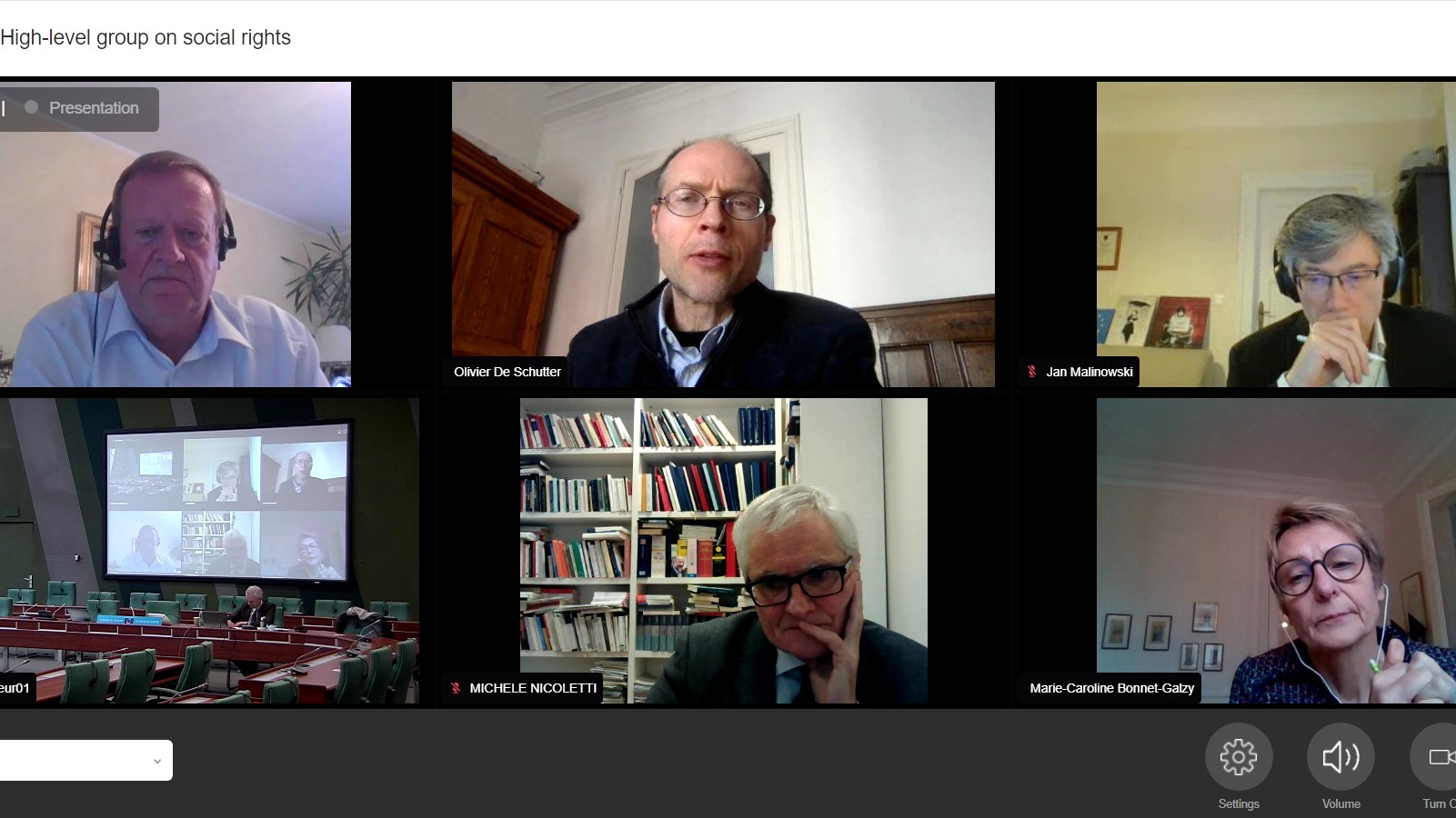 The High Level Group of Experts on Social Rights, recently appointed by the Secretary General of the Council of Europe, held its first meeting on Tuesday 9 February 2021 via video conference.

The group, whose task is to propose concrete actions to strengthen the Council of Europe's impact in terms of protection and promotion of social rights in Europe, is composed of the following persons:

Olivier De Schutter will act as General Rapporteur of the group.

Ambassador Ivan Orlić, in his capacity as Chairman of the GR-SOC, will follow the work of the group as an observer.

As a result, the group of experts will draw a report which will be submitted to the Secretary General of the Council of Europe at the end of March.