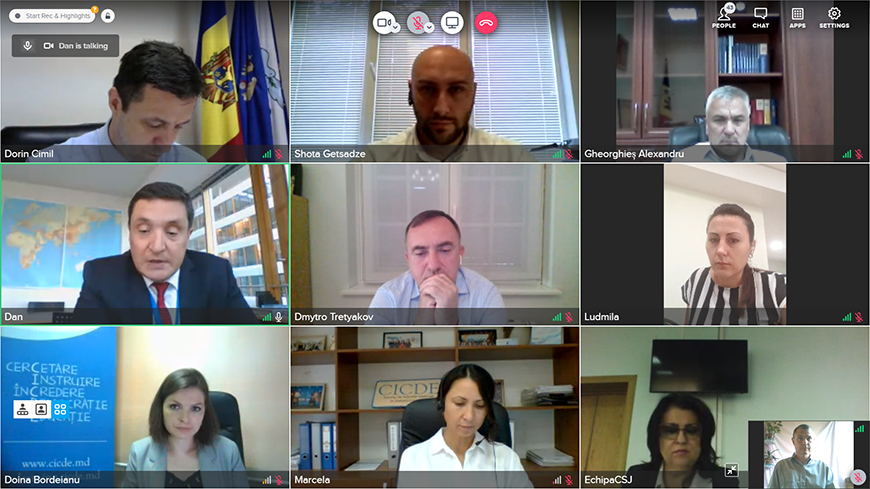 Best European practice on addressing electoral challenges, the European Court of Human Rights’ case-law (ECtHR), new administrative procedures, specificity of electoral complaints and other election-related legal aspects were discussed at the Electoral Dispute Resolution (EDR) training organised online on 17-18 September 2020 on the basis of the newly developed Council of Europe Toolkit on EDR. The event was organised at the request of the Central Electoral Commission of the Republic of Moldova.

Dorin Cimil, Chair of the Central Electoral Commission of the Republic of Moldova, who attended the training, expressed his belief that this training will contribute to unification of the electoral practice and applicable procedures when both electoral management bodies and judiciary examine electoral complaints and will, thus, help to avoid shortcomings found by the Constitutional Court of the Republic of Moldova when validating the results of the Presidential elections in 2016.

Daniel Popescu, Head of Department of Democracy and Governance, DG-II, Council of Europe, highlighted that despite the fact that pre-established democratic electoral standards and practice exist being encompassed by the Council of Europe toolkit, however we have always to learn from each other, adjust electoral practice to better secure the citizens’ right to vote in democratic manner.

Participants were familiased with international standards and principles of democratic elections, relevant Venice Commission and OSCE documents, case law of the ECtHR and the Eastern Partnership countries, baselines of electoral legal framework of the Republic of Moldova, fighting against discrimination and hate speech in the election campaign, as well as peculiarities of election dispute resolution and settlement at the court of law in line with the Moldovan electoral and administrative legislation.

Also, participants exchanged views on several case-law versus Moldova in electoral field, including recently examined by the ECtHR, as well as exchanged experience with their colleague, judge of the Court of Appeals from Tbilisi, Shota Getsadze who has been examining electoral challenges for over 11 years.

Organising further similar EDR trainings afterwards the November 2020 Presidential elections in order to elaborate on election-related cases and electoral management bodies and courts’ practice was another idea expressed by participants.