New Recommendation on Recognition of Qualifications held by Refugees 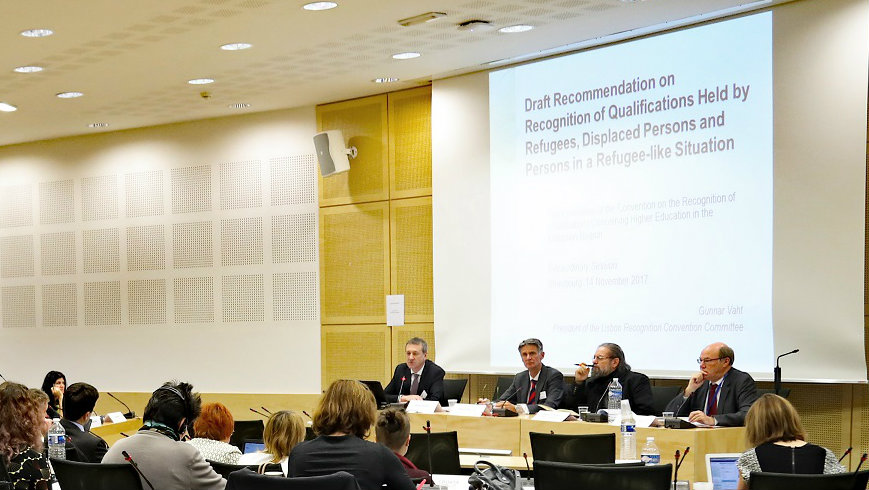 The Recommendation DGII/EDU/HE(2017)3 and its explanatory Memorandum is available in French, English, Russian and Spanish.

Enabling refugees to make use of the qualifications they already have, whether for work or for further study is important to reducing the pain of the refugee experience. Refugees who are given the opportunity to use and develop their competences can find motivation in spite of their very difficult situation. They will maintain and further develop their competences, which is of advantage to their host countries, as it will be of great importance to rebuilding their home countries if and when they are able to return home.