Reflections on the current COVID-19 crisis from CEC Thematic Group on Education, Democracy and Diversity

The following text is not an official CEC statement but points of discussion meant to contribute to the ongoing debate on the role of churches and COVID-19 in Europe.

We are currently experiencing an unparalleled crisis in Europe and throughout the world. People can no longer go to work, family members have to keep their distance and church services are only possible to a very limited extent or are cancelled for the foreseeable future.

Kindergartens, schools and universities are closed. Social life as we have known it is non- existent.

Everywhere in Europe, people holding positions of responsibility in politics, in civil society and the medical field, are trying to protect human lives. The measures taken are not always welcome, as they sometimes encroach deeply on democratic freedoms.

In the Charta Oecumenica, churches affirm that they have a common responsibility in Europe. It is now especially that we must reflect on this responsibility. We hope that the following reflections foster an open and fruitful discussion among churches.

Governments around the world have responded with massive restrictions on freedoms such as movement, travel and assembly, the latter particularly affecting freedom of religion and belief, as churches are accustomed to meeting regularly and to worshipping in groups. These freedoms are the essential building blocks of democratic societies. Although these temporary restrictions put in place to protect the population are understandable, they should only exist for as long as is necessary. In this emergency, which crosses all borders, we encourage Christians all over the world to strengthen their networks and co-operate. Now is not the time to be introverted and inward-looking, either as nations or as churches, but rather it is the time to seek how we can come through this situation together.

We note with concern that voices in Europe are once again being raised in an attempt to sow hatred and discord. More and more people are looking for scapegoats; hate speech or false reports are spreading, especially in the media and on social networks. Those with a migrant background or who belong to a minority or marginalised group are suffering most of all. We specifically think not only of the many seasonal workers and harvest helpers but also of medical staff from Central and Eastern Europe, as well as cross-border commuters.

Our common endeavours are devoted to evaluating, and helping to resolve, political and social issues in the spirit of the Gospel. Because we value the person and dignity of every individual as made in the image of God, we defend the absolutely equal value of all human beings.

In our societies, public schools are an important instrument in socialisation. Schools aim to offer education to everyone and, thus, to tackle inequalities. In times of distance learning, these inequalities come to the surface again. Inequalities in learning environments of homes can increase existing injustice in the opportunities for children from what are often underprivileged backgrounds. Education plays an essential role in the Judeo-Christian tradition. We see it as a task for churches to contribute to the shaping of a society through education. It is not only about the transfer of knowledge; it also needs to promote community through its unifying element. Education has a definite role in the development of the social life and growth of individuals. It prepares young people for participation in democratic citizenship and awakens their cultural awareness. All these are essential elements in promoting peaceful coexistence in a socially responsible and just society.

We perceive with concern that the socially marginalised and poor are strongly affected during the lockdown and are feeling excluded.

We worry for the families wherein the children, women and men are threatened by domestic violence. When there is no contact via schools or workplaces, these things might remain hidden. It is everyone’s duty to notice if violence is occurring in their neighbourhood.

During this crisis, pupils, as well as their teachers, are facing existential questions of suffering, death, life and God. Where churches are involved in education, whether in public or private schools, their services might be needed now more than ever.

Our faith helps us to learn from the past, and to make our Christian faith and love for our neighbours a source of hope for morality and ethics, for education and culture, and for political and economic life, in Europe and throughout the world.

The current crisis will not simply end today and be gone tomorrow. Although we do not yet know the full extent of the crisis, we are called to think about tomorrow. The hope for a "new Jerusalem" does not allow us become idle spectators. On the contrary, as churches we should actively contribute to shaping the future of Europe. This includes a sincere and open discussion in our churches, in a fraternal spirit, which takes on board the great challenges regarding the making of a socially just and unified Europe. We are living out the Christian hope that "God makes all things new”. Our hope unites us and encourages us to share and contribute to a just world through our Christian traditions, our experience of democracy and appreciation of the value of human rights. As it is written in the letter to the Hebrews 10.23-24, “Let us continue to hold firmly to the hope that we confess without wavering, for the one who made the promise is faithful. And let us continue to consider how to motivate one another to love and good deeds”.

The churches support an integration of the European continent. Without common values, unity cannot endure. We are convinced that the spiritual heritage of Christianity constitutes an empowering source of inspiration and enrichment for Europe. On the basis of our Christian faith, we work towards a humane, socially conscious Europe, in which human rights and the basic values of peace, justice, freedom, tolerance, participation and solidarity prevail.

Prepared by Members of the CEC Thematic Group on Education, Democracy and Diversity 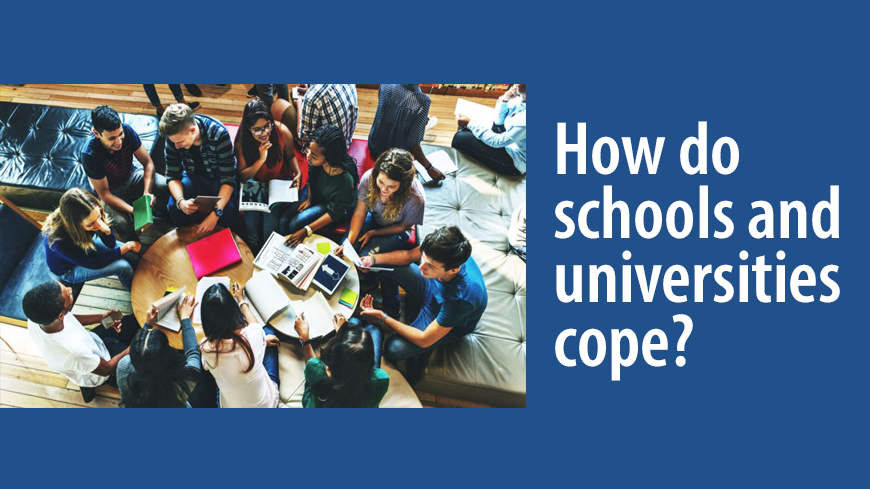