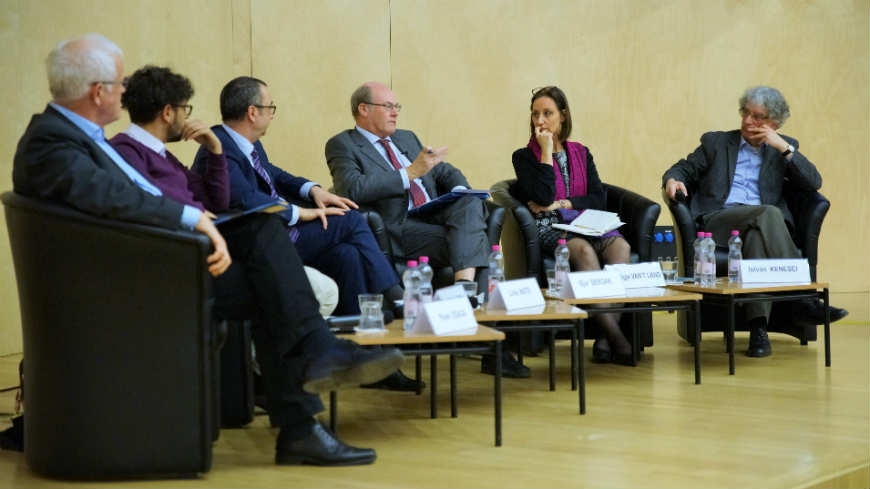 On 27 March, the Council of Europe and the Central European University organized a public debate on academic freedom and institutional autonomy at CEU premises in Budapest.

The background for the debate was in part the renewed attention to these fundamental values of higher education within the European Higher Education Area and partly the situation that obliges the CEU to move from Budapest to Vienna from autumn 2019 following changes to legislation known as the Lex CEU.

Moderated by CEU Provost Liviu Matei and Sjur Bergan, the Head of the Council of Europe’s Education Department, the panel consisted of Professor István Kenesei of the Hungarian Academy of Science; Mr. Fridon Lala, President of the CEU Student Union; Dr. Hilligje van’t Land, Secretary General of the International Association of Universities; and Professor Pavel Zgaga, University of Ljubljana and former Slovenian Minister of Education.

The public debate was held on the occasion of the meeting of an expert group developing a guidance document on higher education for the Council of Europe’s Reference Framework of Competences for Democratic Culture.