A hybrid ECML Governing board meeting! 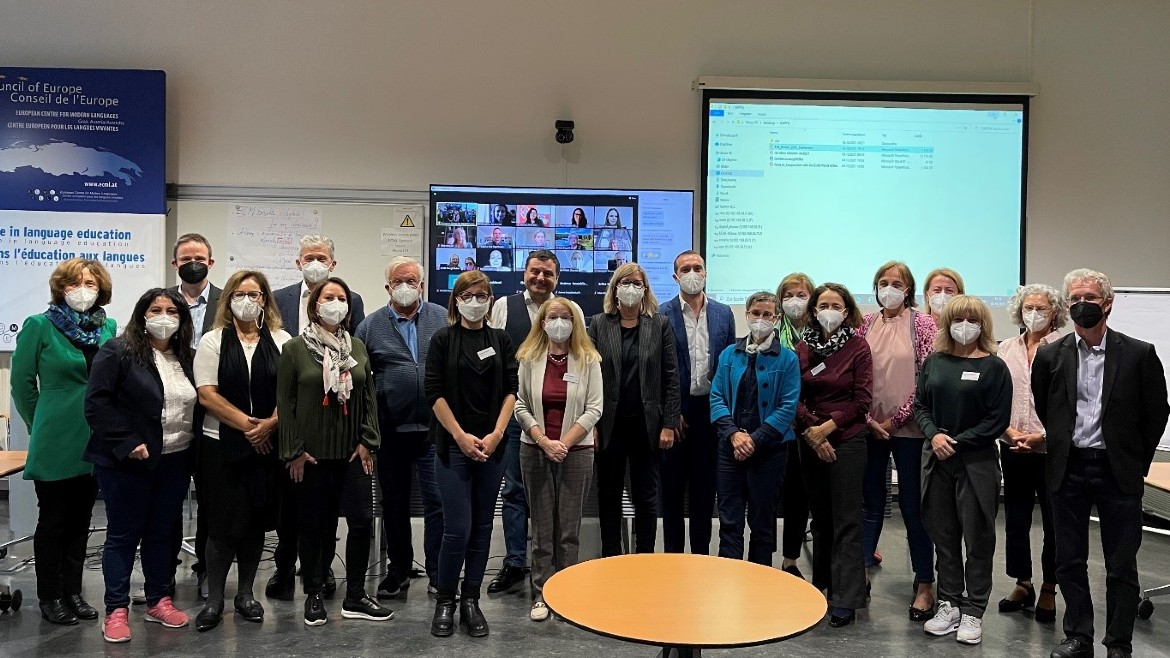 On 5-6 October the European Centre for Modern Languages opened its doors once again, welcoming nineteen representatives from seventeen member states to the premises in Graz to the 30th meeting of the ECML Governing Board after 2 years of meeting online. At the same time, thanks to the latest technology for hosting hybrid meetings, generously provided by the Austrian Association of the ECML, it was able to welcome an additional eighteen representatives from a further fifteen member states, online. A special warm welcome was extended to Belgium, which became the 34th Member state of the ECML in July this year.

Within the packed agenda, a number of points deserve special mention: the endorsement of a comprehensive evaluation report on the previous ECML programme 2016-2019; the adoption of a new 2-year project entitled “Building blocks for planning language-sensitive teacher education” which will begin in 2022, and satisfaction with the latest revisions to the draft Recommendation of the Committee of Ministers on the importance of plurilingual and intercultural education for democratic culture, which should help support its forthcoming adoption by the CDPPE.

The Governing Board re-elected Mr. Steinar Nybøle (Norway) as Vice-Chair and Ms. Maria Lorigan (Ireland) as Bureau member, as well as electing Mr. Panagiotis Passas (Greece) to the Bureau for the first time. It also thanked Pille Põiklik (Estonia) for her active participation and input to the Bureau as a member over the last 4 years.

As this was the Head of Education, Sjur Bergan’s last meeting in Graz before his retirement, numerous tributes were paid to the extensive support Sjur has given the ECML over the years, ensuring that it has its rightful place within the broader education programme of the Council.