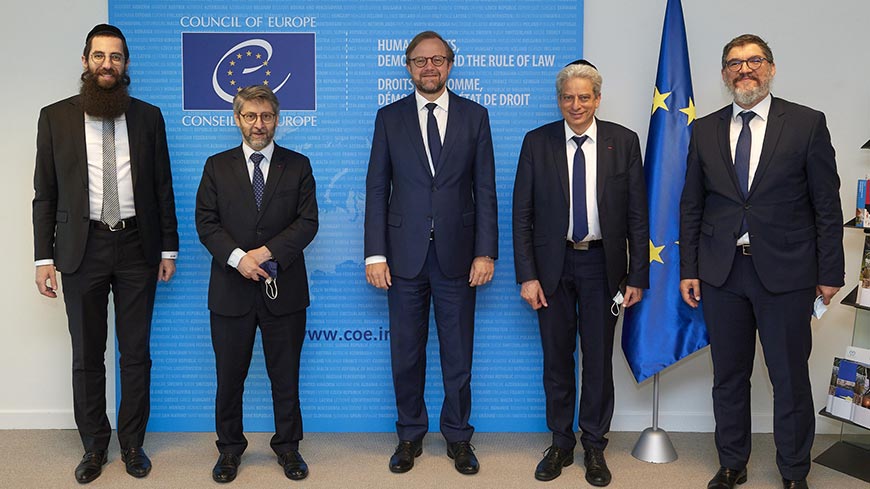 In the framework of the French Rabbis Congress’ seminar at the Palais de l’Europe, Bjørn Berge held an exchange of views with Grand Rabbin de France Haïm Korsia, Vice-President of the Conference of European Rabbis Moché Lewin, Rabbin Mendel Samama, Representative of the Conference of European Rabbis to the Council of Europe and Grand Rabbin de Strasbourg et du Bas-Rhin Harold Weill. The meeting focused on the relevance of the inter-religious dimension of intercultural dialogue and on the Organisation’s work on anti-Semitism and hate speech.

The Chair of the Ministers' Deputies, the Ambassadors of Austria and France, the Director of Political Affairs, the Special Representative of the Secretary General on religious intolerance and the Head of the Office of the President of the European Court of Human Rights took also part in the plenary session.

The Role of Foreign Policy in Advancing Gender Equality: addressing the challenges, pushbacks and obstacles faced by women

Parliamentary Conference on Diversity, Inclusiveness and non-Discrimination against Racism and Intolerance in Europe