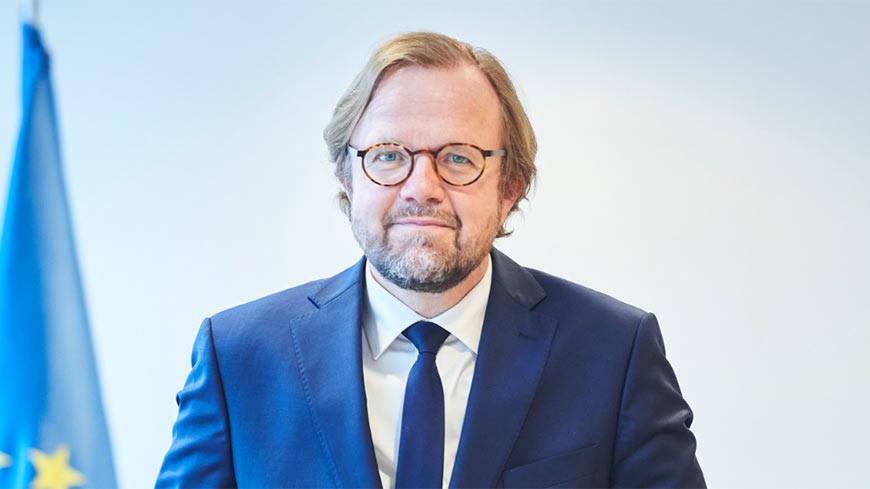 “The Council of Europe was created after the Second World War for the purpose of “never again”: never again to have this experience with aggressive, extreme nationalism, extreme hatred that took place”, highlighted Bjørn Berge while addressing the Liberation Day debate, organised by the Conference of European Rabbis at the Palais de l’Europe. Deputy Secretary General emphasized the relevance of the commemoration underlining the Council of Europe’s unique reconciliatory role.

“I think that still today, over several decades, discrimination, xenophobia, anti-Semitism are current themes, so we have to work together, up-holding human rights, the respect for each other, to live together in harmony and peace”, said Berge.

Special Representative on antisemitic, anti‑Muslim and other forms of religious intolerance and hate crimes Daniel Holtgen also took part in the programme, featuring the Organisation’s work in field of Holocaust remembrance and stressing challenges coming from hate speech on-line and off-line.

The initiative has been launched by the philanthropist German Zakharyayev, since the Allied Forces’ victory and the end of World War II are celebrated by the Jewish community as Liberation Day (coinciding this year in the Jewish calendar with May 8th).

Opening of the Second Symposium on Drug Consumption Rooms

Committee on Culture, Science, Education, and Media "Sports policies in time of crises"