CyberSouth: Training of Trainers on cybercrime and e-evidence for magistrates in Lebanon 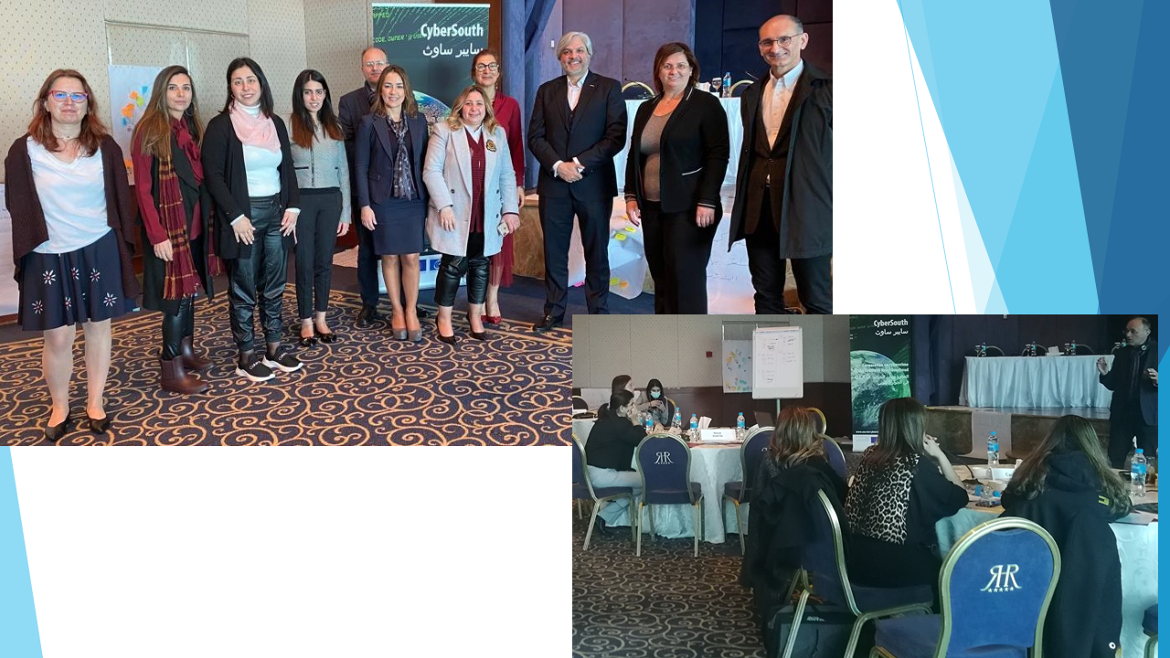 The CyberSouth project in cooperation with the Ministry of Justice of Lebanon, organised a Judicial Training of Trainers (ToT) on cybercrime and electronic evidence for Lebanese magistrates, from 22 to 25 March 2022 in Beirut, Lebanon.

The ToT course aimed at facilitating the establishment of a pool of trainers who can further deliver in-country judicial training courses on cybercrime and e-evidence to their peers.

The course focused on the training methodology as well as on the knowledge and skills of magistrates on the role of trainer. Furthermore, these competences will enable them to share knowledge among Lebanese magistrates on cybercrime and e-evidence.

The judges and prosecutors actively participated to all the sessions of the four-day event, showing high interest in the topics of discussion, particularly during the training team competition where the Lebanese representatives performed the role of trainers.

The CyberSouth project already delivered the ToT for Tunisian and Jordanian magistrates in November and December 2021, respectively, and will continue to deliver it in the rest of its priority countries.