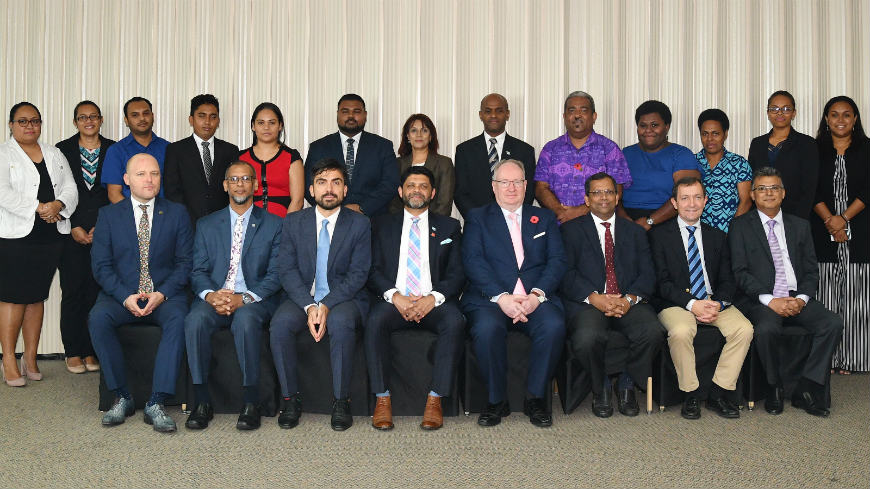 A three days advisory mission on cybercrime legislation was concluded on 1 November in Suva, Fiji, conducted in the framework of the GLACY+ and the Cybercrime@Octopus Projects.

The activity, co-organized with the Office of the Attorney General of Fiji, aimed at analyzing the draft proposal of the first Cybercrime Bill for Fiji, with the goal to identify gaps with respect to international standards and provide relevant recommendations, following the declared intention of the Fijian government to fast track the accession to the Budapest Convention.

The activity, which was opened by the Hon. Attorney General of Fiji, Mr. Aiyaz Sayed-Khaiyum, gathered together the main stakeholders from both the private and public sector, including the AG Office and Ministry of Justice, the DPP, the Department of Communications, the Fiji Police Service, the Ministry of Defence and National Security, the FICAC, the FIU, the Public Safety Commission, the national Internet Service Providers and reps from the Fijian Chamber of Commerce.

Benefits from the practitioners’ perspective were discussed, presenting concrete cases of application of the Budapest Convention in cybercrime investigations and prosecutions worldwide.

By incorporating the suggested amendments, the Bill will allow Fiji to request accession to the Convention and be integrated in the related capacity building global programmes.