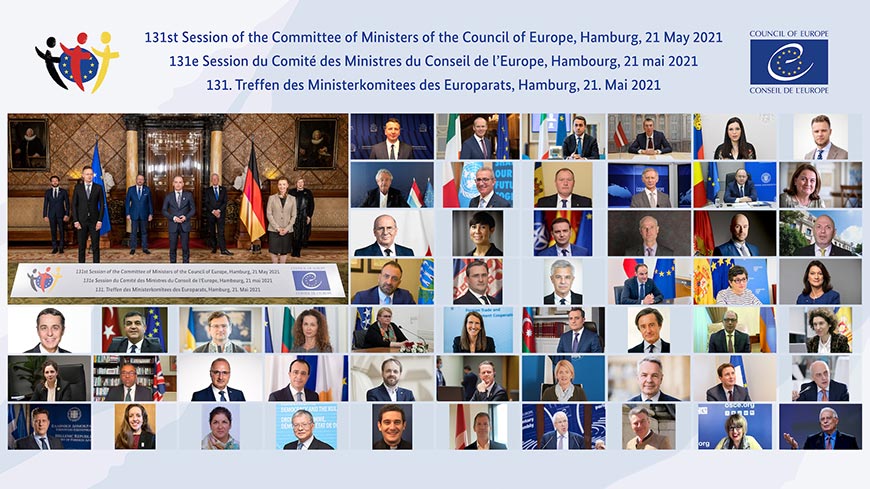 During the 131st Session of the Committee of Ministers, held on 21 May 2021 in Hamburg via videoconference, Foreign Affairs Ministers of the 47 Council of Europe member states underlined the Council of Europe’s important standard-setting work in the human rights field and highlighted the contribution already made by the Organisation to standard-setting in the field of human rights in the digital age, including on artificial intelligence, cybercrime, hate speech, fighting violence against women and children, civil and administrative court proceedings, use of digital technologies in the electoral processes, protection of individuals and decision-making processes.

The Organisation has a particular responsibility for ensuring the implementation of its conventions through a comprehensive system of monitoring, developing new legally binding standards in response to new challenges and, according to need, providing expert advice and technical assistance through its co-operation programmes to its member States, and also globally.

The provisions of this Protocol will be of operational and policy benefit and will ensure that the Budapest Convention continues to stand for a free Internet where governments meet their obligation to protect individuals and their rights in cyberspace.

As of 28 April 2021, 66 States are now Parties to the Convention and a further 11 have signed it or been invited to accede.