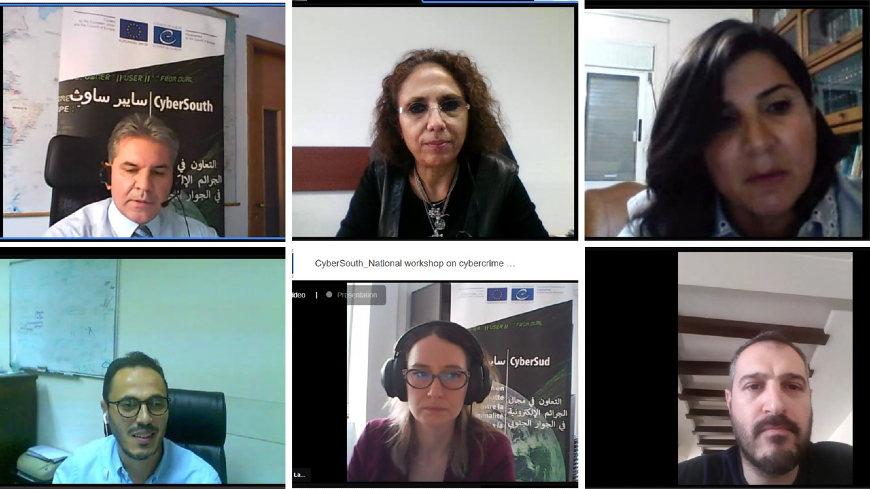 This online workshop was an opportunity to introduce the procedural powers from the Budapest Convention on Cybercrime and to assess whether such legal tools are included in the existing and draft legislation of Lebanon. The benefits of having these legal instruments were explained and the important recommendations provided by the expert were emphasised.

This activity contributed to widening the understanding of the Lebanese authorities on the international standards on cybercrime procedural law and safeguards. Representatives from the Ministry of Justice, judges and prosecutors, and the Internal Security Forces have actively engaged in a fruitful discussion and shared the most recent legal updates. The Lebanese counterparts acknowledged the relevance of the procedural powers provisions and committed to reviewing the legal profile, as well as to considering other recommendations received from the Council of Europe during this meeting.

The CyberSouth project emphasised its commitment to continue the dialogue and any support in reinforcing the capacities of the Lebanese criminal justice authorities to fight against cybercrime.