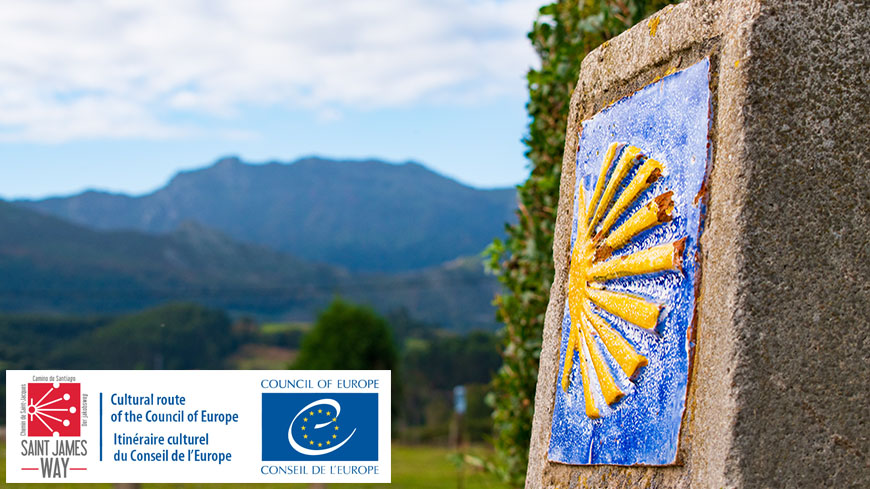 On 1 October 2020, the Interregional Committee of the "Routes of Santiago de Compostela in France" UNESCO Property held an online conference to discuss the current state and future perspectives on World Heritage and the network of the Santiago de Compostela Pilgrim Routes, Cultural Route of the Council of Europe certified in 1987. The meeting was initially planned to be held in Espalion (Occitanie, France) but had to be held online due to the context of the Covid-19 pandemic. The conference was organised by Mr. Nils BRUNET, Director and Project Manager of the World Heritage, Compostela Pilgrim Ways Agency.

Mr. Stefano DOMINIONI, Executive Secretary of the Enlarged Partial Agreement on Cultural Routes of the Council of Europe (EPA) and Director of the European Institute of Cultural Routes, gave a testimonial at the video conference about the European dimension of the Santiago de Compostela Pilgrim Routes. He highlighted the impressive contribution of the first ever certified Cultural Route of the Council of Europe to the Programme and local development along the Route.

An introduction about the importance of World Heritage was followed by an assessment of the management of the UNESCO Property, including various topics such as tools available to the network, management strategies, local governance opportunities and communication strategies. Future perspectives presented included the construction of a management plan for the network and the establishment of local management provisions for the different sections of the Route.

Slideshows of the presentations can be downloaded here.

The UNESCO Property Committee was followed by the General Assembly of the Compostela Pilgrim Ways Agency on 2 October, discussing the activity and financial reports of the network.