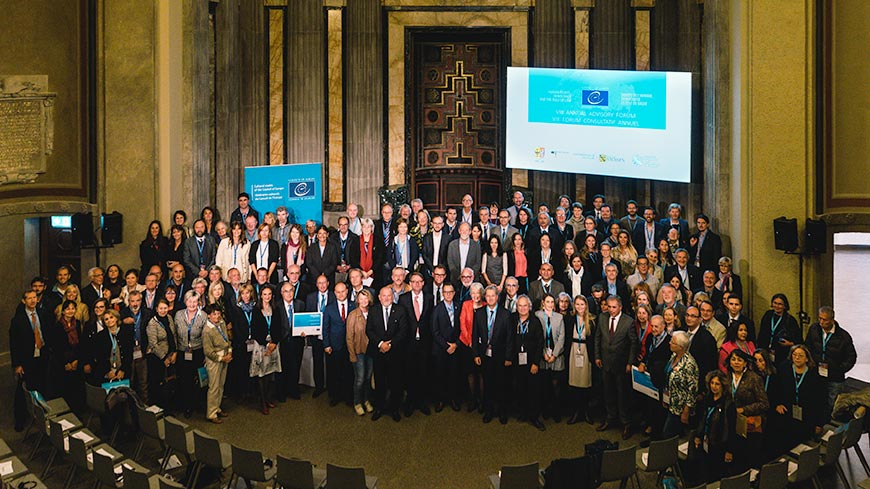 Opened by Matjaz Gruden, Director of Democratic Participation at the Council of Europe, the Forum highlighted the strategies and synergies between the Cultural Routes of the Council of Europe and International Organisations (European Union, UNESCO, ICOMOS, Organisation of Ibero-American States, NECSTouR) concerned with the protection and the promotion of cultural heritage. Coinciding with the current European Year of Cultural Heritage, the Forum explored concrete possibilities of co-operation with the other European programmes or Conventions, such as the European Heritage Days and the UNESCO World Heritage List. It was also an occasion to discuss developing new initiatives and partnerships, as well as a platform for exchange of good practices.

During the Forum, official ceremonies took place to welcome two new member States of the EPA, The Republic of Turkey and the Holy See, as well as two new Cultural Routes, Impressionisms Routes and Via Charlemagne. On the occasion of the Annual Advisory Forum, the City of Görlitz officially joined the Via Regia, certified Cultural Route of the Council of Europe since 2005.

The Forum was attended by over 200 participants, 30 countries, 25 certified Cultural Routes and over 20 cultural routes projects.

The programme can be found online here