Further Support for the Penitentiary Reform in Ukraine

The general aim of the 3-year project is to improve the observation of human rights in the treatment of prisoners in Ukraine. In particular, it focuses on assisting the national authorities in two main areas: creating prison environments that offer more humane conditions of detention and a wider range of rehabilitative services for inmates and strengthening oversight of prisons and an informed penitentiary policy-making through systematic prison inspection and improved practices for handling prisoners’ complaints.

The Project follows a bottom-up and top-down approach, as it directly works with six pilot prisons as well as at the legislative and policy-making level.

The Project is implemented in partnership with the Ministry of Justice and the State Penitentiary Service of Ukraine. It includes a wider group of stakeholders to contribute to the overall improvement of the treatment of prisoners in Ukraine, such as the Parliament, the Ombudsman/National Preventive Mechanism, human rights defenders and other representatives of civil society, academic institutions and international organisations.

The project runs until 31 December 2017, with an overall budget of EUR 1,000,000, funded by the European Union, co-funded by the Council of Europe, under the auspices of the EU/CoE Programmatic Co-operation Framework in the Eastern Partnership countries. 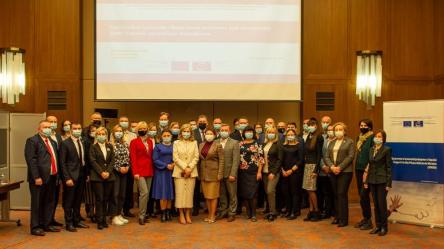 Presentation of the Problem-Solving Rehabilitation Programme in Ukraine

Supporting the Ukrainian prison system in the process of shifting from a punitive to rehabilitative approach is among the Council of Europe's priorities. In that context, efforts are made to address the increasing demand for social rehabilitation programmes within the Ukrainian penitentiary... 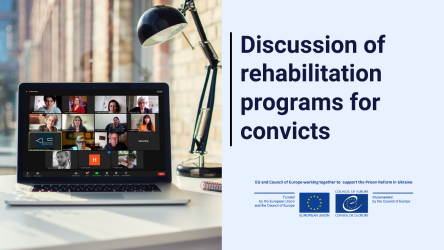 A Working Group on rehabilitation programmes for Ukrainian prisoners discussed two programmes: "Keeping Family ties in Custody" (the impact of the imprisonment on the prisoner's family aimed at improving self-confidence and maintaining and strengthening relations with family) and "Problem-solving... 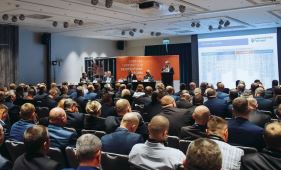 Kyiv, 11 April 2018: more than 180 prison governors participated at the Council of Europe annual conference “Vision for Change 2018” aimed at showing the effects on Ukrainian prisons and the multiplying compensatory court judgments in Strasbourg. The starting question was “Why should Ukrainian...