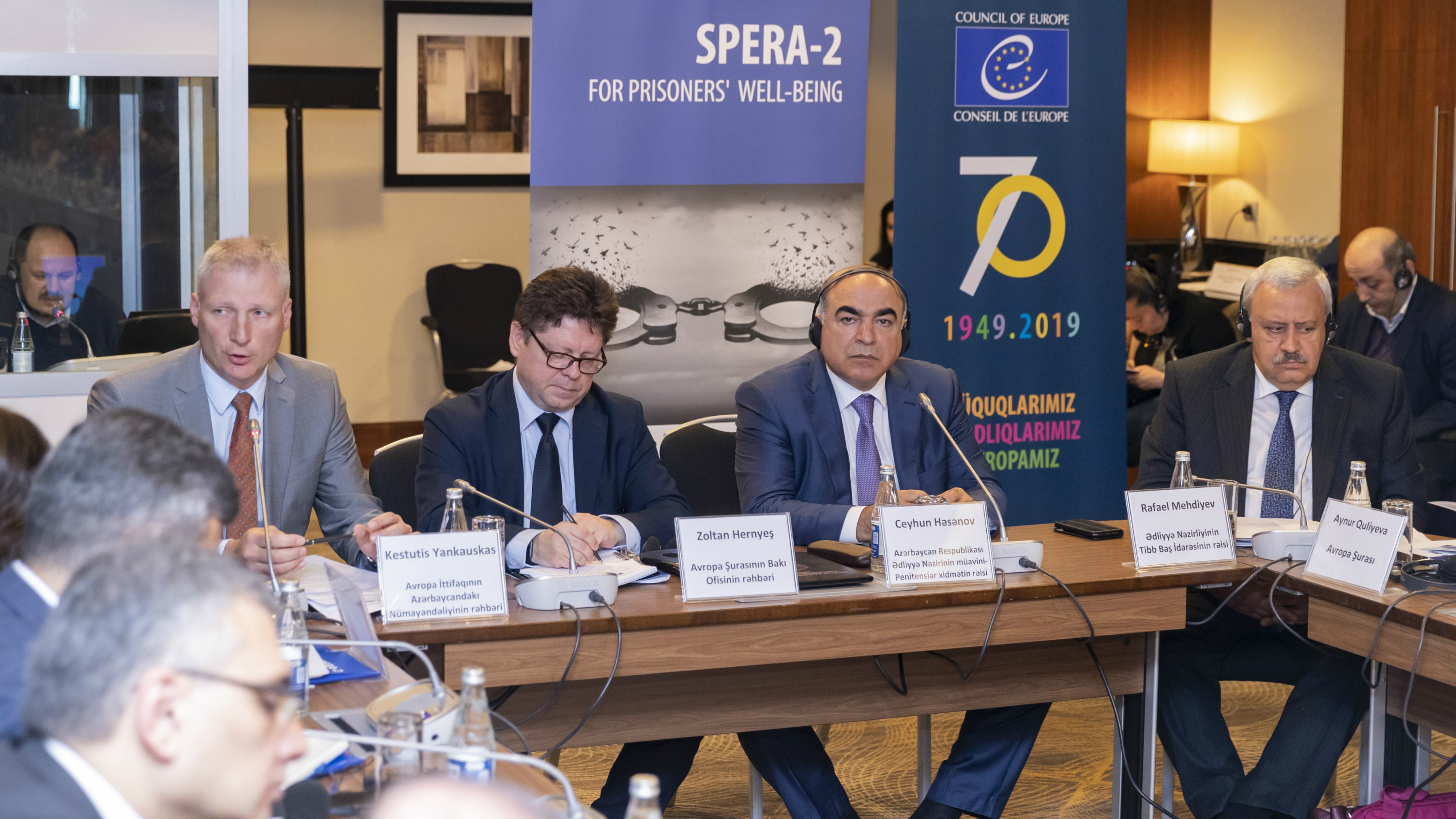 Ambassador Mr Zoltan Hernyes, Head of the Council of Europe Office in Baku, Mr Jeyhun Hasanov, Deputy Minister of Justice, Head of the Penitentiary Service, Ambassador Mr Kestutis Jankauskas, Head of the European Union Delegation to Azerbaijan and Mr Rafael Mehdiyev, Head of the Main Medical Department of the Ministry of Justice addressed the audience at the opening session.

The aim of the conference was to present the Project and its expected results to the national partners, stakeholders and civil society representatives and thus officially mark the launching of its implementation. The Project focuses on three areas: effective prison management, the provision of healthcare in prisons and the reintegration of prisoners in line with European standards and best practices. This third component involves the participation of civil society actors.

Mr Hasanov briefed the participants about the on-going penitentiary reforms in the country and thanked the Council of Europe for its valuable co-operation. Mr Jankauskas expressed his appreciation of the interest that this project generates and hopes that the project will achieve positive results. Mr Rafael Mehdiyev informed the participants about the achievements in the field of medical care in the penitentiary system and presented a number of recommendations on how to ensure the effective implementation of the healthcare component.

Both the activity plan and the expected main outcomes of the project were presented by the Project Team. This was followed by discussions during which the participants exchanged their views on the proposed interventions, shared feedbacks and provided recommendations on the activity plan.