The Council of Europe assisted the national authorities in the process of introducing an independent and effective external oversight mechanism (EOM) over the work of the police. Such a mechanism is of fundamental importance for the operation of democratic and accountable police service, which must be capable of dealing appropriately and proportionately with broad range of allegations against the police in accordance with the seriousness of the complainant’s grievance and the implications for the affected officer.

The request for technical assistance in introducing the EOM in the country cames from the national authorities and was supported by civil society. The need for establishment of the EOM was also stemming from a series of round tables organized under the framework of the EU/Coe JP “Capacity Building of the Law Enforcement Agencies for Appropriate Treatment of Detained and Sentenced Persons.”

The duration of the project was set at 5 months, it was expected to be completed by 30 April 2016 and the budget was EUR 130.000, including a voluntary contribution by the Ministry of Foreign Affairs of the Kingdom of the Netherlands in the amount of EUR 60.000. 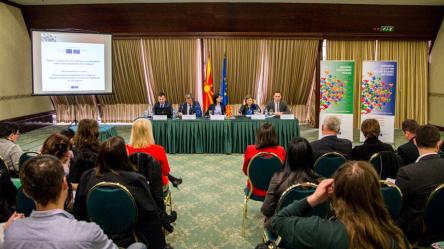 Public discussion: Presentation of the proposed model for an External Oversight Mechanism over the police work

A public discussion in a form of a round table on the proposed model for an External Oversight Mechanism (EOM) over the police work was organized on 4 April 2017 in Skopje. The aim of the round table was to present to the professional public the “Prosecution Plus’’ model, which has been... 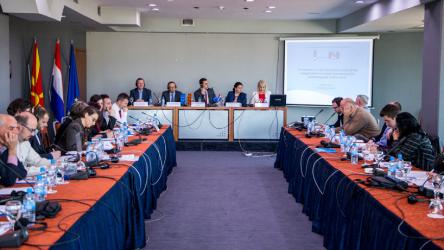 A 1-day Round Table to discuss and present to the wider professional audience the most suitable model of independent external oversight mechanism over the police work, was organised in Skopje on 20 April 2016. A total of 40 participants were present, including high level representatives from the... A study visit to Slovenia for eight high-level representatives from the Ministry of Internal Affairs, Ministry of Justice, Ombudsman, Public prosecution’s Office and the civil society from North Macedonia, was organised from 5th until 7th of April 2016. The aim of the visit was to get acquainted...