The Council of Europe (CoE) will assist the local authorities in overcoming the identified shortcomings and practical deficiencies related to the treatment of apprehended or persons under police custody in Kosovo.

The project will be implemented in close partnership with the Ministry of Internal Affairs, namely the Kosovo Police and the Police Inspectorate(PIK). It will also include other local stakeholders, such as the Kosovo Academy for Public Safety (KAPS), Ombudsperson and the National Preventive Mechanism (NPM), the Public Prosecutor’s Office, judiciary and civil society organisations. 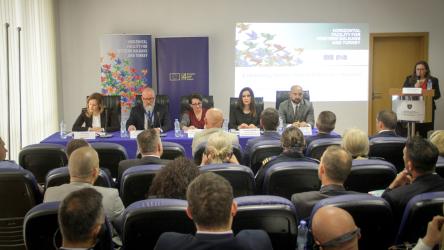 The results of the Horizontal Facility Action “Enhancing human rights policing in Kosovo*” were presented at a closing event that took place in Pristina on 14 May 2019. The event highlighted the Actions’ contribution to strengthening the safeguards against ill-treatment and securing better... 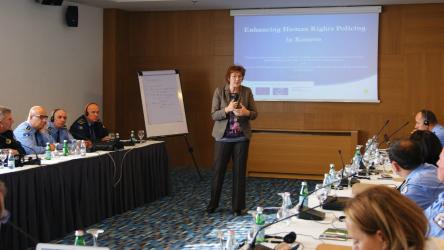 Twenty Kosovo Police officers of managerial level are attending an in-depth training on human rights, police ethics and combatting ill-treatment this week in Pristina. The attendants form a diverse group of trainees in terms of ranks and ethnicity and come from different police units and cover...

Launching the Police Action in Pristina