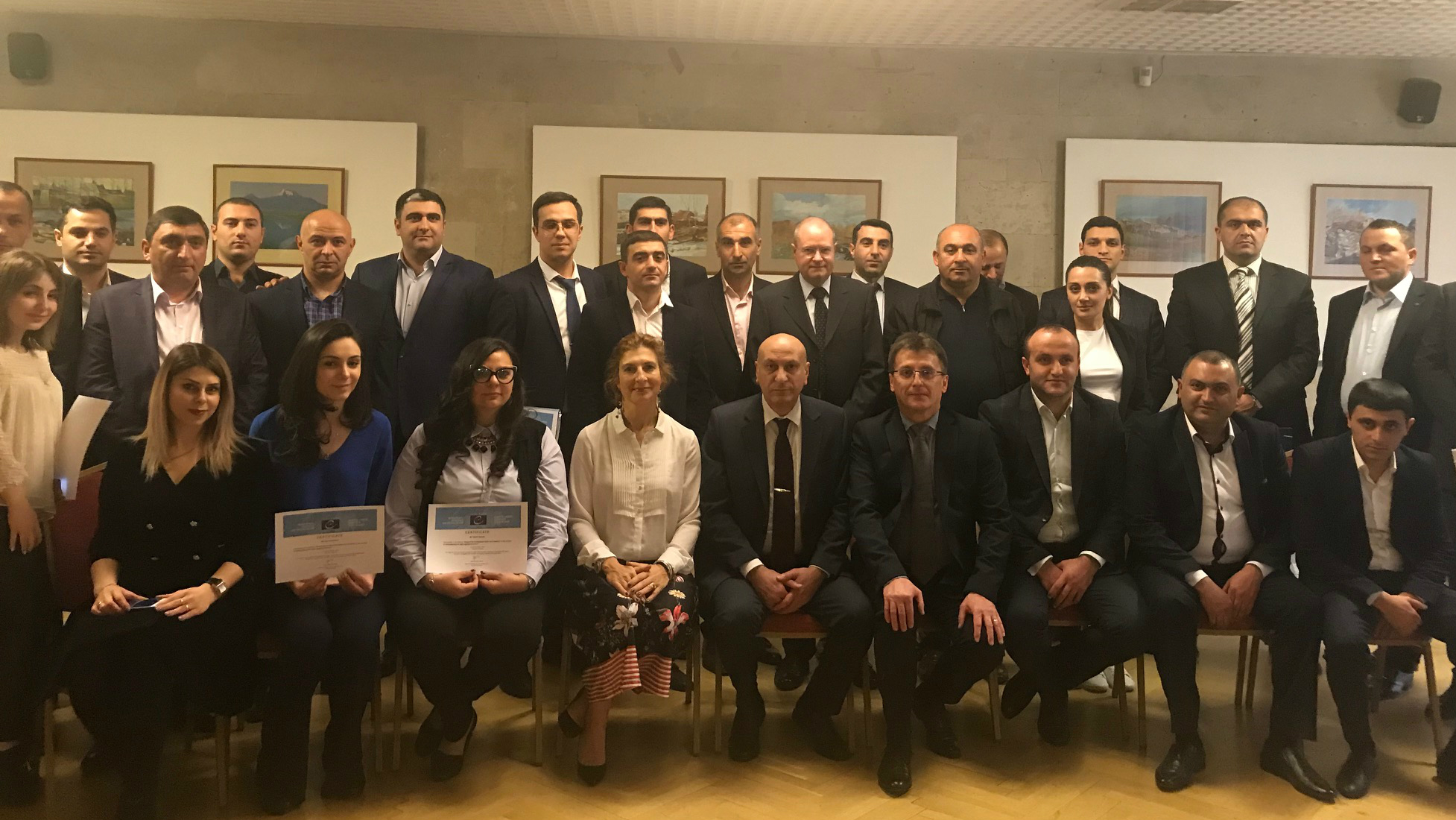 A group of 26 officers (Lieutenant to Colonel) from the Police Headquarters, the General department on combating organized crime, Educational Complex of Police, Line division of “Zvartnots” airport   and Department of Criminal Forensics of police of the Republic of Armenia, increased their knowledge on European standards and best practices on police and the fight against terrorism , and on managing the migratory flows and the smuggling of migrants in a terrorist context.

During the two days training the Council of Europe's consultants presented different cases explored by the ECHR (art. 2,3 and 5), opening the discussion on how to achieve the necessary balance between “security” and “freedom” in the context of the new threats posed by terrorism, and role of transnational organised crime in the smuggling of migrants. They also reflected upon the co-operation between the different European agencies (EUROPOL, FRONTEX) to respond to these challenges.

The training was organised in the framework of bilateral cooperation between the Armenian Police and the Criminal Law Co-operation Unit (CLCU) of the Council of Europe. It was open and closed by Police Colonel Hovhannes Poghosyan, Deputy Head of the RA Police Headquarters; Head of international police cooperation Department.