Final conference of the Prison Reform project in Bulgaria 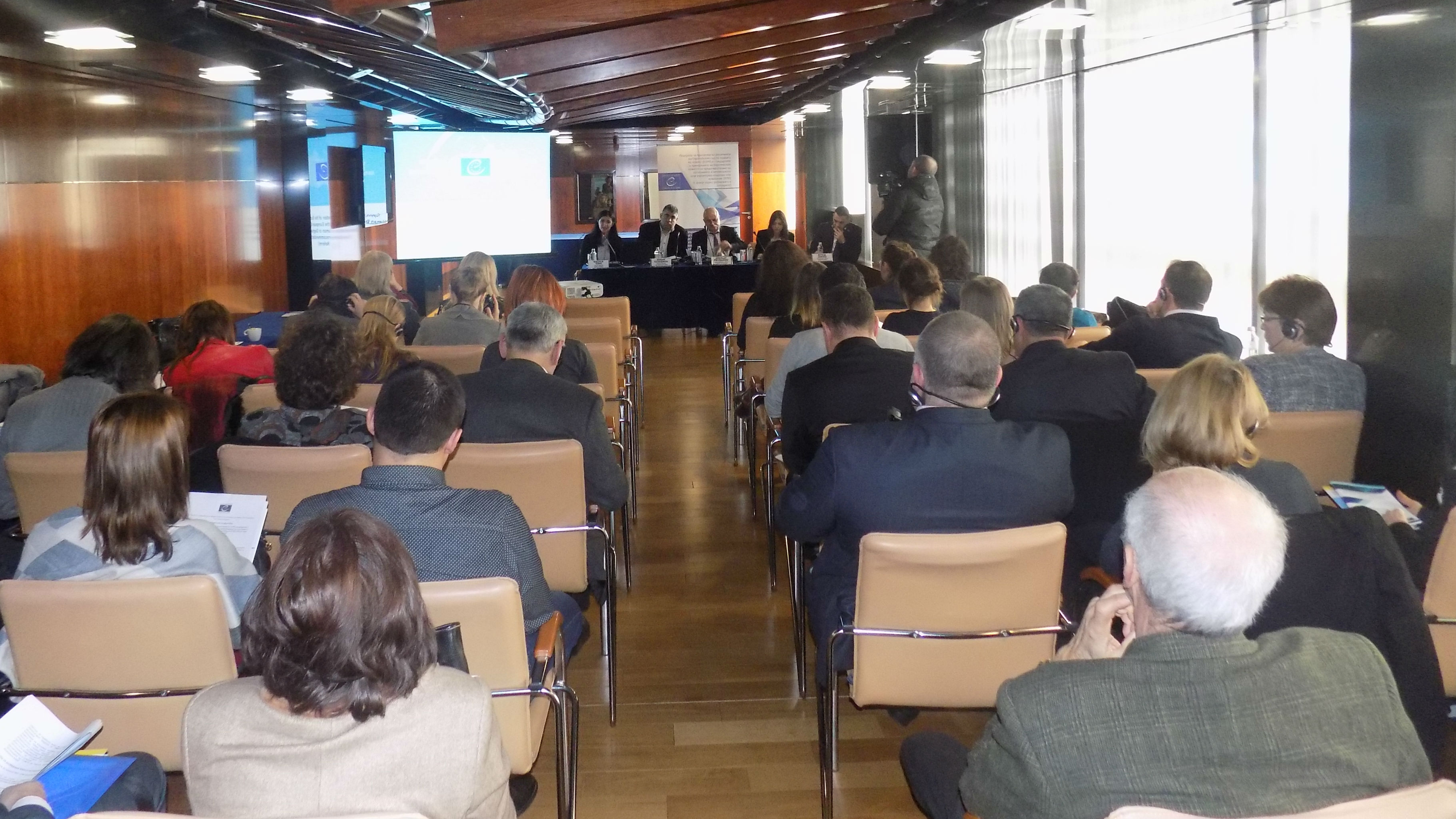 The project “Support for the implementation of the European Court of Human Rights judgments and the European Committee for the Prevention of Torture and Inhuman or Degrading Treatment or Punishment standards and recommendations in Bulgaria (Prison Reform)” ended in January 2018 after 15 months of implementation. With this Project the Council of Europe assisted the Bulgarian authorities in the process of prison reform and in overcoming the identified shortcomings related to conditions in prisons and treatment of sentences persons. The Project was implemented in close cooperation with the Bulgarian Ministry of Justice and its General Directorate for Execution of Sentences (GDES) and with the National Institute of Justice (NIJ).

The final conference took place in Sofia, on 26 January 2018,, and served as a forum for presentation and assessment of the Project’s results. The event was attended by some 45 representatives of the Ministry of Justice, GDES, NIJ, Commission for the Prevention of Discrimination, Governmental Agent, as well as judges and prosecutors.

It his address at the Conference professor Nikolai Prodanov, Deputy Minister of Justice, underlined that the Project contributed to the efforts of the Ministry of Justice to reform the criminal justice system and to implement the pilot judgment Neshkov and Others v. Bulgaria and the CPT recommendations as regarding the conditions of detention and treatment of detainees. Mr Svilen Tsvetanov, GDES General Director praised the Project’s results and in particular the enhanced prison staff competences and knowledge on human rights of prisoners. Ms Silvia Dimitrova, NIJ Deputy Director, found that the key follow-up to be given to the Project is “to integrate the training into the everyday work outside the training rooms”.