français
The European Committee for the Prevention of Torture and Inhuman or Degrading Treatment or Punishment (CPT) carried out an ad hoc visit to Albania from 23 to 26 November 2021 focusing on the situation of forensic psychiatric patients.
30/11/2021 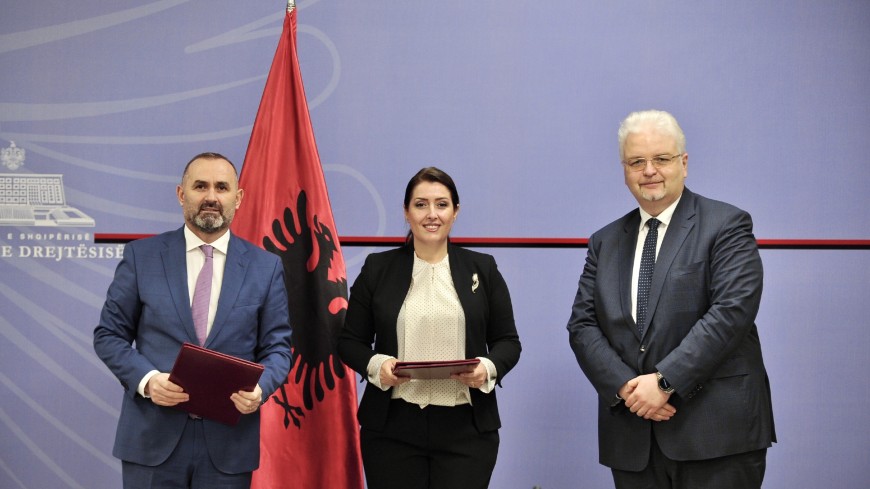 The main objective of the visit was to review the progress made as regards the implementation of the CPT’s long-standing recommendation that all forensic psychiatric patients be transferred to a proper forensic psychiatric facility. To this end, the CPT’s delegation visited Zaharia Special Facility for Ill Inmates in Kruja (male patients) and the Prison Hospital in Tirana (female patients). In addition, it examined the arrangements made in two separate detention blocks at Lezhe Prison to accommodate and care for the patients concerned on a temporary basis, pending the setting-up of a special forensic establishment under the authority of the Ministry of Health and Social Protection. It also discussed with the Director General of Prisons the modalities of the upcoming transfer of patients from Kruja (Zaharia) to Lezhe.

On 23 November 2021, the Minister of Justice and the Minister of Health and Social Protection signed a Memorandum of Understanding (including a joint Action Plan) to implement recommendations of the CPT and judgments of the European Court of Human Rights related to the situation of forensic psychiatric patients and prisoners with a mental disorder.

The CPT’s delegation consisted of Mykola Gnatovskyy, former President of the CPT and Head of Delegation, Marie Lukasová and Vytautas Raškauskas. They were supported by Michael Neurauter, Deputy Executive Secretary of the CPT.