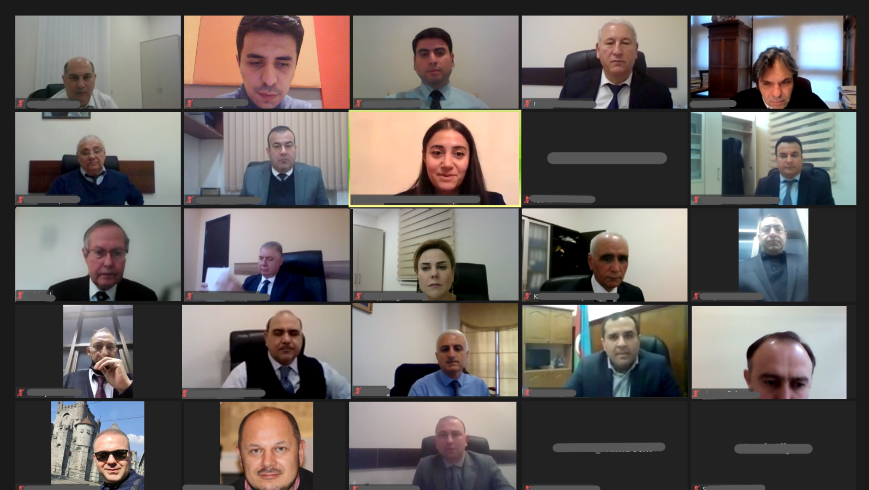 24 Azerbaijani judges and 1 representative of the judicial staff enhanced their understanding and skills on judicial processing and adjudication of money laundering and terrorism financing (ML/TF) cases as a result of the training “Processing and Adjudicating ML/TF Cases” which took place (online) on 20-21 December 2021.

With the contribution of practicing judges from the Netherlands and the United Kingdom with extensive expertise and experience in this area, the two-day training course covered a wide spectrum of topics related to key elements of judicial proceedings focusing on money laundering, terrorism financing, and asset recovery. Azerbaijani judges and judicial staff were introduced, inter alia, to important particularities of evidence building, mutual legal assistance, financial investigations, burden of proof, asset freezing, seizure and confiscation orders, or assessment of proceeds from crime. Through discussions and practical exercises, the judges exchanged views on their approaches to analysis and reasoning in the process of making judicial decisions in these types of cases. The role of domestic cooperation between law enforcement, financial intelligence, and the judiciary, as well as the importance of respecting safeguards in compliance with the core principles of the European Convention on Human Rights, were highlighted as crucial aspects of criminal investigations and proceedings. Fictional scenarios based on the local and international reality, that were developed for the training, aimed to equip judges and judicial staff with adequate strategies and mechanisms to better tackle ML/TF, and to stimulate further reflection and discussion towards the promotion of an increased use of ML/TF offences at judicial level and more effective asset recovery.

A similar training event was previously conducted (in October) for trainee judges of the national Academy of Justice, delivering more general knowledge on the same topic.

This initiative supports national authorities in the prevention and combatting of money laundering and terrorism financing, thereby also contributing to the ongoing judicial reforms in the country. These interventions notably complement the ongoing country’s efforts to enhance the efficiency and accountability of the judicial system.