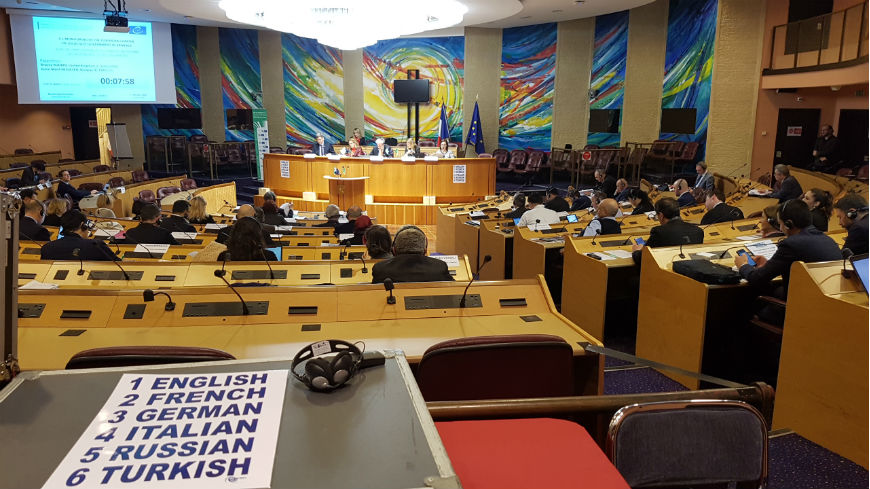 The meeting, chaired by Leendert Verbeek, provided an opportunity to discuss two reports on the monitoring of the implementation of the European Charter of Local Self-Government in Armenia and Turkey, as well as a fact-finding report on the territorial reform in Latvia.

The draft recommendations and resolutions related to these reports will be debated for adoption at the 38th Congress Session to be held in Strasbourg, France, from 17 to 19 March 2020.

Situation in Mostar: Congress contribution in view of the October 2020 general local elections in Bosnia and Herzegovina

Bryony Rudkin: local self-government in Armenia must be consolidated

Dominique Gros: "The Congress has enabled us to take a giant step towards more cross-border solidarity"

The Committee on the Honouring of Obligations and Commitments by member states of the European Charter of Local Self-Government (Monitoring Committee) is responsible for assessing the application of the Charter.