Co-operation Sarajevo, Bosnia and Herzegovina 25 May 2022 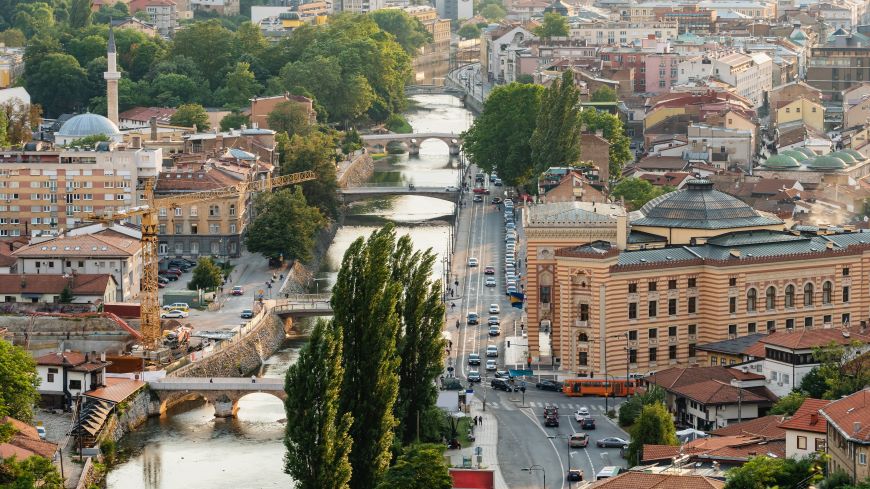 A group of 23 local authorities of Bosnia and Herzegovina, meeting in Sarajevo on 24 May 2022, established a Platform of exchange on issues of local governance between municipalities and cities from across the country.

The Platform aims to support local authorities in improving the quality of local democracy and in promoting open, accountable and inclusive decision making. It will serve as a network in which experiences and good practices will be shared between municipalities and cities within Bosnia and Herzegovina and local governments across Europe.

The participating local authorities* will be engaged in capacity development activities in the fields of democratic innovations, deliberative tools and citizen participation, as well as open government, public ethics, and transparent and accountable local decision making, including through national and international peer exchanges and dialogue. The Platform will also support strategic priorities of the Association of Municipalities and Cities of the Federation of Bosnia and Herzegovina and the Association of Municipalities and Cities of Republika Srpska, key partners in the project.

“The current context, characterised by multiple crisis, has brought to the fore the need for advancing accountability and transparency, for tackling systemic inequalities and for enhancing citizen participation in local life, and the Congress is pleased to support local authorities across the country in this endeavour,” stressed Jelena Drenjanin, Chair of the Governance Committee of the Congress, at the opening of the meeting.

“In a year when we mark the 20th anniversary of membership of Bosnia and Herzegovina in the Council of Europe, it is great to see local authorities from all over the country working together to best respond to the needs of people in their communities,” underlined Bojana Urumova, Head of the Council of Europe Office in Sarajevo.

This first meeting brought together mayors and presidents of local councils and served as the opportunity for peer-to-peer experience sharing among the country’s municipalities and cities, as well as with their European counterparts from Ireland, Sweden and United Kingdom on the topics of innovative democratic approaches, open government, political integrity and transparency for increased citizens’ trust.

The inputs and conclusions from this meeting will serve as basis for further development of capacities of local authorities within the Platform.

The first meeting of the Platform of Exchange was organised in the framework of the project “Innovating democratic participation at local level in Bosnia and Herzegovina” implemented by the Congress of Local and Regional Authorities within the Council of Europe Action Plan for Bosnia and Herzegovina 2022-2025. The project aims to enhance the quality of local democracy and create opportunities for citizens to engage in innovative participatory processes in Mostar and elsewhere in Bosnia and Herzegovina. It promotes new democratic approaches, open government, public ethics, transparent and inclusive local policy making in the country.