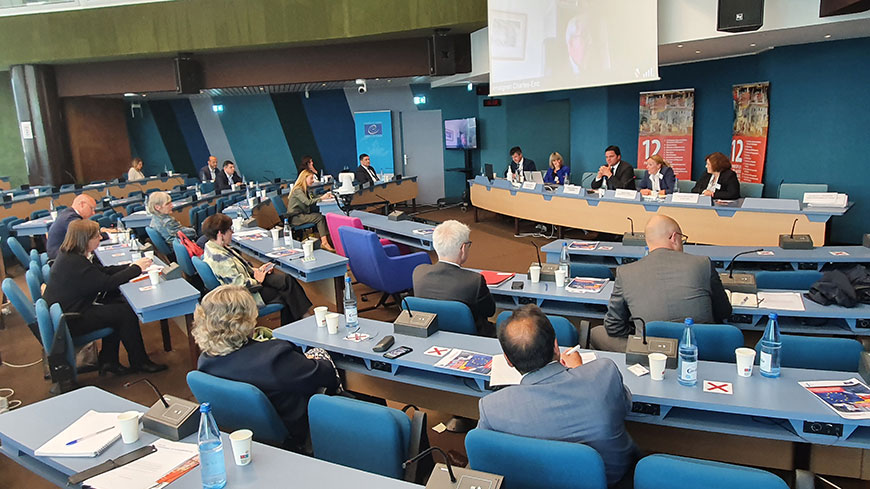 "Consultation with the elected representatives of the member municipalities of an intercommunal body and with the citizens is the key to good governance," said Thibaut Guignard, president of the French delegation to the Congress, at the round table on governance in intercommunal bodies organised on 30 May 2022 in Strasbourg.

"Faced with the growing distance between citizens, elected representatives and inter-municipalities, success will require greater political consensus and genuine inter-municipal cooperation," he stressed, stressing that relations between the different levels of territorial authorities are also a challenge in meeting the needs of territories and citizens.

The Congress of Local and Regional Authorities of the Council of Europe has been working on these issues for a long time, particularly in the light of the Additional Protocol to the European Charter of Local Self-Government on the right to participate in the affairs of a local authority, which will mark the 10th anniversary of its entry into force on 1 June. The Congress recently adopted a report on deliberative methods calling for greater citizen participation beyond elections, as well as a report on the interaction between urban and rural areas. As a follow-up to this work, the Congress Monitoring Committee will hold an exchange of views at its meeting on 30 June on consultation between the national and sub-national levels, and between the local/regional level and citizens.

The round table was organised on the national launch conference of the ELoGE 2022-2023 campaign. The European Label of Excellence in Governance (ELoGE) is awarded to municipalities that have achieved a high level of good governance, based on the 12 Principles of Good Democratic Governance.