International Day Against Homophobia, Transphobia and Biphobia Strasbourg, France 17 May 2022 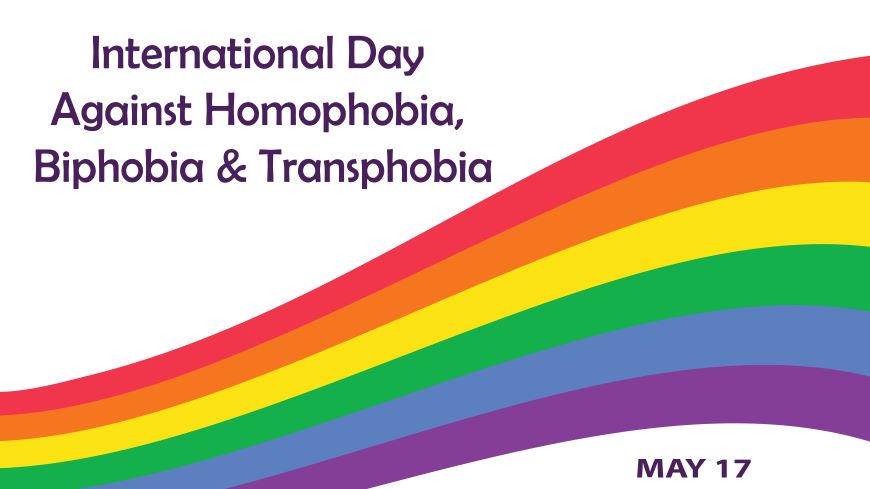 On the International Day Against Homophobia, Transphobia and Biphobia (IDAHOT), Congress Rapporteur on LGBTI issues, Andrew Boff (United Kingdom, ECR), warned that LGBTI organisations are increasingly under threat, stressing the role of local and regional authorities in supporting them.

“Even in 2022, we continue to see the rights and identity of LGBTI persons being challenged. This is unacceptable. We must remain vigilant and remember that hate speech and discrimination against any group, including LGBTI persons, undermine the social cohesion and inclusion in our communities”, the Rapporteur warned.

“It is in our cities and regions, our communities, that we first feel the effects of hate speech and violence, but it is also at our level that we can turn the tide,” the Rapporteur said, calling on local and regional elected officials to support LGBTI persons, in particular by working with LGBTI organisations.

He stressed that “Strong civil society organisations keep elected officials accountable and help us understand and address the challenges LGBTI citizens living in our societies face” and warned about the fact that “civil society space is shrinking and LGBTI organisations are especially targeted in several Council of Europe member States, by limiting funding or branding them as a threat to society”.

The Rapporteur recalled the Congress report "Protecting LGBTI persons in the context of rising hate speech and anti-LGBTI discrimination: the role of local and regional authorities", and stressed the need to go beyond declarations and take concrete action to support and involve LGBTI organisations, for example by appointing local experts on diversity and equality to establish structural consultations with LGBTI.

“By involving and recognising LGBTI organisations as valuable allies, cities and regions can be safe havens for civil society under pressure and for LGBTI communities” stated Andrew Boff who called on the Congress, and the Council of Europe as a whole, to continue its work against discrimination and inequality in line with the Council of Europe Secretary General’s Report “Moving Forward 2022”.

The Congress of Local and Regional Authorities has been working on LGBTI issues since 2007, including freedom of assembly and guaranteeing their fundamental rights. In June 2021, the Congress adopted the report "Protecting LGBTI persons in the context of rising hate speech and anti-LGBTI discrimination: the role of local and regional authorities". In addition, the Current Affairs Committee conducted a fact-finding mission to Poland in 2020, the findings of which were approved on 10 February 2021. The Congress subsequently adopted the report “The role of local and regional authorities with regard to the situation and rights of LGBTI people in Poland” in June 2021.