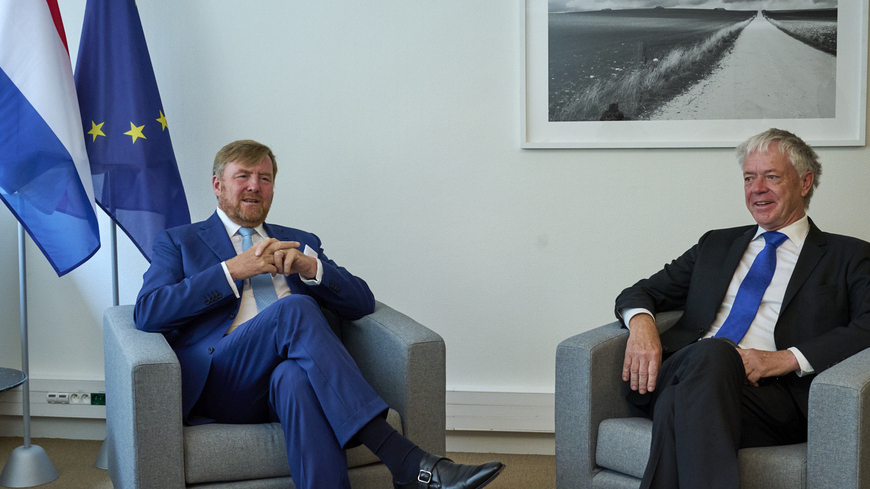 The President of the Congress of Local and Regional Authorities, Leendert Verbeek, met His Majesty King Willem-Alexander of the Netherlands, on the occasion of his official visit to the Council of Europe on 23 June 2022.

President Verbeek presented the work of the Congress and the role of local and regional authorities in the defence of democracy, the rule of law and human rights.

He mentioned the situation in Ukraine and the concrete support that can be provided directly between cities via the Cities4cities platform sponsored by the Congress. Mr Verbeek also stressed the role of local and regional authorities in implementing Council of Europe values on the ground.

His Majesty King addressed the Parliamentary Assembly of the Council of Europe on the same day.