The Monitoring Committee adopted reports on the situation of local democracy in the Czech Republic and on the observation of elections in Albania, the Netherlands and Serbia 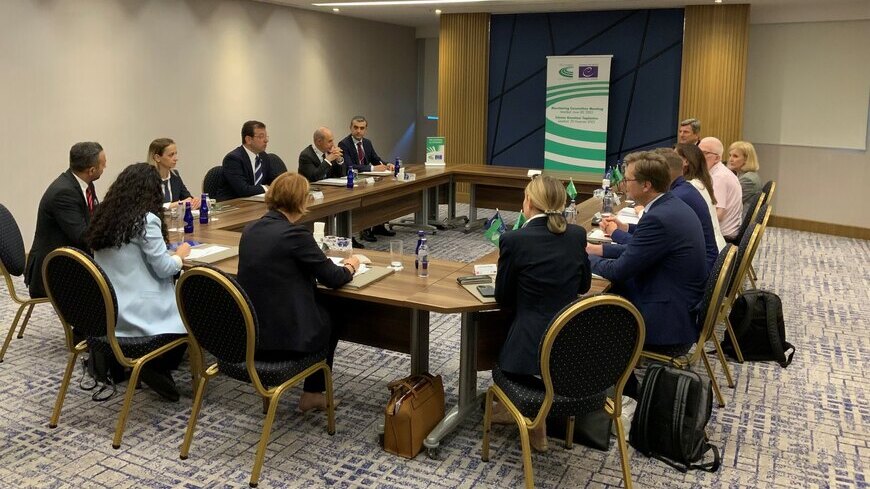 The Congress Monitoring Committee met on 30 June 2022, in Istanbul, Türkiye in the presence of Ekrem Imamoğlu, Mayor of Istanbul, and Hasan Akgün, Mayor of Büyükçekmece. Before the opening, an exchange of views took place between the mayors, the Chair of the Monitoring Committee, Gudrun Mosler-Törnström (Austria SOC/V/DP), the rapporteurs on local democracy in Türkiye and the spokesperson on the observation of local and regional elections.

The Committee members examined a draft report for adoption on the monitoring of the application of European Charter of Local Self-Government in the Czech Republic. They also discussed reports being prepared on Belgium, Denmark and Sweden. In addition, members were informed of the results of the Congress' post-monitoring visit on the situation of local and regional democracy in the Republic of Moldova.

All these reports will be debated for adoption at the 43rd Session of the Congress to be held in Strasbourg, France, from 25 to 27 October 2022.

The members also endorsed the third volume of the Human Rights Handbook on the Environment, adopting a preliminary draft resolution encouraging the dissemination of the Handbook. Furthermore, they adopted a report and approved draft recommendations and resolutions on "A fundamental right to environment: a matter for local and regional authorities. Towards a green reading of the European Charter of Local Self-Government".

Moreover, on the occasion of this meeting, the Committee had an exchange of views on the current situation in Ukraine's municipalities and regions as well as a debate on recurring issues based on assessments resulting from monitoring of the European Charter of Local Self-Government