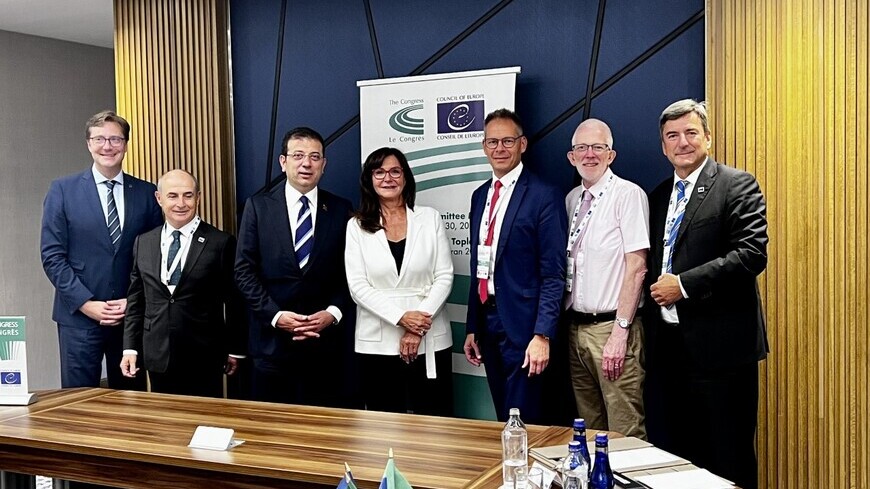 The Congress Monitoring Committee meeting opened today in Istanbul, Türkiye, in the presence of Ekrem Imamoğlu, Mayor of Istanbul, and Hasan Akgün, Mayor of Büyükçekmece. Prior to the opening, an exchange of views between the mayors, the Chair of the Monitoring Committee, Gudrun Mosler-Törnström (Austria, SOC/V/DP), the rapporteurs on local democracy in Türkiye as well as the spokesperson on the observation of the local and regional elections took place.

The members held discussions on the situation of local democracy in Türkiye including the removal of elected representatives, their replacement by State trustees and mayors in prison.

The issues on the consequences of recent legal electoral amendments in Türkiye on forthcoming elections including at the local level in 2024 and the position of the opposition in this respect were also on the agenda of the meeting.

Mayor Imamoğlu stressed the role of city diplomacy and new networks of municipalities in Europe in strengthening democracy and dialogue and presented the latest initiatives of the city of Istanbul in this regard. "We, as local governments, must unite very strongly under the flag of democracy", concluded Mayor Imamoğlu.