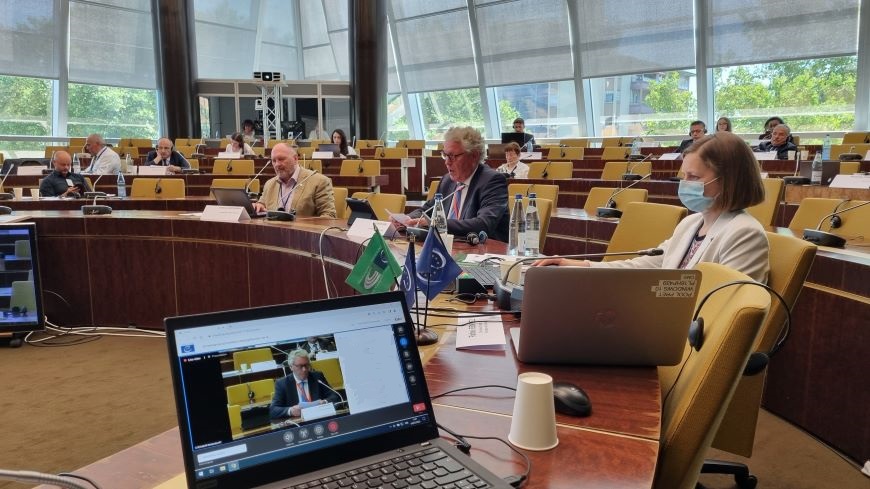 The Governance Committee of the Congress of Local and Regional Authorities chaired by 4th Vice-Chair Benoît Pilet (France, ILDG) and bringing together local and regional elected representatives, met on 4 July 2022 in Strasbourg, France and online.

The Committee approved three draft reports which will be submitted for adoption at the 43rd Session of the Congress to be held on 25-27 October 2022. The first on “Hate speech and fake news: the impact on the working conditions of local and regional elected representatives” covering also possible remedies against these phenomena was presented by co-rapporteurs Wilma Delissen van Tongerlo (Netherlands, ILDG) and Kristoffer Tamsons (Sweden, PPE/CCE). The second on “Regional identities: promoting dialogue and diversity in unity” was presented by rapporteur Karl-Heinz Lambertz (Belgium, SOC/G/PD). It addresses means and tools to inspire and ensure positive approaches to regional identities. The third report “Smart Cities and Smart Regions – prospects of a human rights-based governance approach” promotes the human-centered use of digitalisation and artificial intelligence to build inclusive, sustainable and resilient communities. It was presented by co-rapporteurs Jan Markink (Netherlands, ILDG) and Tony Buchanan (United Kingdom, PAP-NPA).

Additionally, the members debated on the revision of “The European Urban Charter II – Manifesto for a new urbanity” and appointed Anne Colgan (Ireland, ILDG) as rapporteur. They also exchanged views with Paul Rowsell, Chair of the European Committee on Democracy and Governance (CDDG), on the current work of the CDDG and potential cooperation.