The Bureau of the Congress met in Lelystad, Netherlands 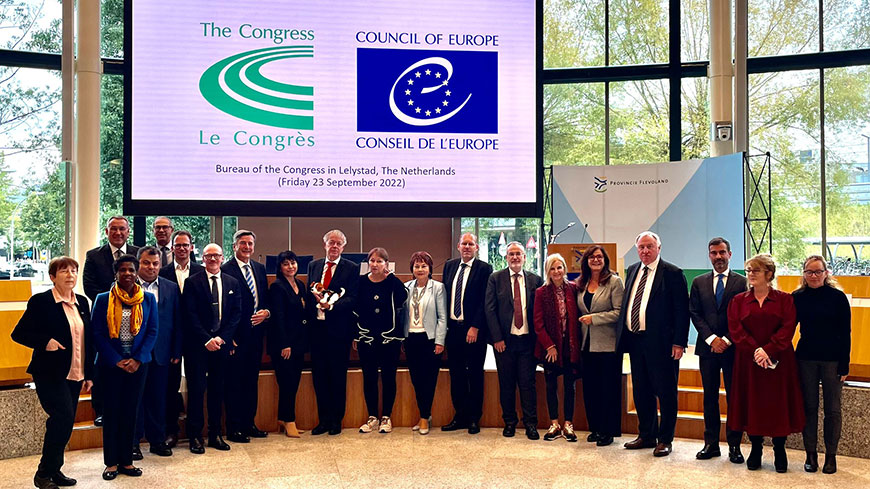 At the invitation of the President of the Congress, the Congress Bureau held its meeting on 23 September 2022, in Lelystad, Flevoland, the Netherlands.

On this occasion, the Bureau had an exchange with Dutch local authorities.

The Bureau continued its discussion on the Russian Federation's war against Ukraine, endorsed the President's statements of 31 August and 5 September 2022 and issued a statement on this matter reaffirming its commitment to independence, sovereignty and territorial integrity of Ukraine and describing these so-called referendums as a "a denial of rule of law, human rights and democracy” and called upon the Congress members to make full use of the cities4cities platform.

The Bureau also took note of the situation of local and regional democracy in Türkiye, where opposition politicians including Congress former members, are in long-term detention.

The Bureau considered the forthcoming cantonal and local elections respectively in Bosnia and Herzegovina on 2 October 2022 and in Slovenia on 20 November 2022 and the Congress delegation which will participate in the observation of these elections.

The Bureau approved the agenda for the next Congress session to be held in Strasbourg from 25 to 27 October 2022.